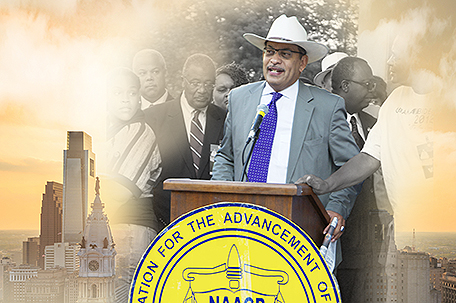 [The SUN continues to celebrate the life and memories of our Founder/Publisher J. Whyatt Mondesire with articles and photos.  The following article was printed in Liberty City Press in July 16, 2016.]

By Sheila Simmons Liberty City Press [Printed July 16, 2016] What many followers of the Philadelphia Sunday Sun, one of the city’s few remaining weekly and African-American newspapers, may not know, is that its founder was a force of a nature, who at times kept the paper running by sheer will. Since publisher, activist, and community leader J. Whyatt Mondesire’s untimely death last October, following a brain aneurysm, the Sun has steadfastly continued operations. 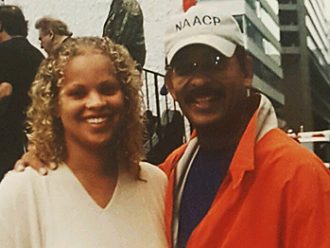 Each week, it presents its readers with locally reported news and national wire copy selections, in a brightly colored, magazine-like tabloid layout. Even as the newspaper industry continues a daunting economic slide, the Sun perseveres by catering to a nearly all African-American readership with a somewhat older demographic, more likely to prefer seeing their news in traditional print than online. 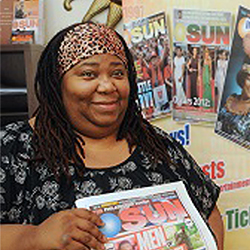 Teresa Emerson is the managing editor of The Philadelphia Sunday Sun. (Photo by Sarah J. Glover.)

“I learned a lot from Jerry,” the Sun’s long-time managing editor Teresa Emerson reflects. “And one thing for me, I don’t believe in giving up. I am very competitive. With us being a black newspaper, and with so many papers having gone under, one thing that keeps me going is that papers like ours are the ones that are kind of thriving.” Emerson is quick to credit the paper’s survival post-Mondesire to the two co-publishers who assumed their positions following Mondesire’s death, his son Joseph Mondesire, and long-time girlfriend and fiancé Cathy Hicks. Despite her humility, Emerson has been a vital, but understated and unassuming, part of the paper’s behind-the-scenes operation, for nearly 19 years. 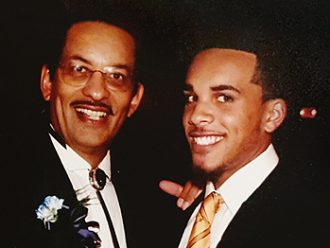 With a degree in graphic arts from the Art Institute of Philadelphia and one in English from Barnard College, she started out at the paper working part-time doing graphic arts. When the previous managing editor departed for another job, Mondesire offered her the position. “I always try to seek out stories other publications don’t,” says Emerson, during a week when the paper features a story on the 200-year history of the American Methodist Episcopal Church. “I seek out things that aren’t going to be seen in the mainstream newspapers, or even in other African-American papers — maybe certain angles they don’t cover or are afraid to cover.”

Of Mondesire, she reflects, “Jerry was pretty active all the way around. It never ceased to amaze me that when Jerry was working with the NAACP, he never let go of having a hand in the paper. This was his paper, and we talked all the time, no matter how many meetings he was at or where he went, about what was going to be in the paper for the week. This was his first love. This was his baby.” Emerson concludes, “We’re trying to grow the vision. That’s what Cathy wants to do, and we’re all on board with that. In that sense, his spirit is still here.” 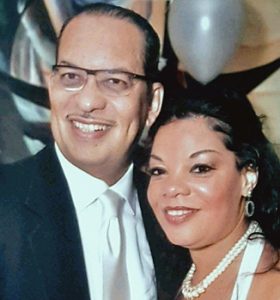 J. Whyatt Mondesire Jerry, you will always be in my heart!

Although it seems like we had a short time together, our love has left me with a lifetime of beautiful memories! You were my hero, my lover, my confidant and friend. In work and play through good times and bad, we did it all together. My family became your family and yours mine. You were a champion for many…. a powerful voice like no other that will truly be missed. You have left a legacy of accomplishments that will forever live on in history. You fought a good fight and GOD called you home to rest, so rest well my love. I will cherish our love and memories until we meet again in Paradise….

this is not goodbye!