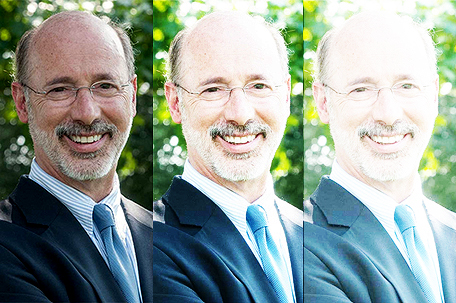 Almost 30 years ago when I was Chief of Staff for then Congressman Bill Gray I was dispatched during my off-the-clock hours to work for the Democrat running for District Attorney, Judge Robert Williams, a diminutive, nattily dressed, up-tempo man who had been endorsed by the party to be the first African American District Attorney.    Judge Williams, whom the city’s legal elites knew as “Bobby,” was esteemed by nearly every big money political powerbroker of his era. He was the only candidate whom Gray and former Mayor Frank Rizzo would jointly endorse. Former Senator Vince Fumo and the Black Clergy leadership were also enthusiastically on board. So, as the General Election race began with a huge press conference stacked with party stalwarts of every color and from every neighborhood, no one in that cavernous hotel ballroom even suspected Williams would lose because he would turn out to be a stealth candidate. Working closely with Judge Williams back then I came to hold his legal mind and crackling wit in high regard. But try as hard as I could without hobbling him in a harness, it was impossible to get Williams to engage regular voters in face-to-face encounters. Once as we walked into a campaign rally, Judge Williams glimpsed the news cameras and microphone waving scribes turn toward his direction, he hastily ducked under my outstretched arms, pivoted like a hockey player on ice, exiting the room before the crowd noticed his presence.

That exasperating experience came to mind the other day as I tried repeatedly to find a rally, parade or bus or train stop where this year’s gubernatorial candidate Tom Wolf had bothered to show up. Favored to win every poll since late Spring, Wolf’s strategy has been to avoid public appearances or campaign crowds where he might say something off-the-cuff that might turn into a gaffe reveal some flaw in his political logic. All we really know about the man is that he’s rich, drives an old jeep, is liked by most of his employees (he likes giving out raises) and he ISN’T Tom Corbett.

Likewise, we know even less about how he intends to run the state and whom he will enlist to help him accomplish that task should he win. (Shame on us for not insisting on an answer.)

To date, the stealth candidate for 2014 has opted instead to spend millions on television advertising to hold on to his double-digit lead over Gov. Corbett. Complaints about Wolf shunning requests to meet the masses on their home turf have bubbled up from the Democratic faithful, but also from clergy leaders, community activists and other candidates running for a variety of legislative seats whose names will also be on the November 4th ballot seeking a variety of legislative seats.

Wolf’s dismissal of retail politics has not been culturally selective. Even with the continued advice of a veteran campaigner like State Rep. Dwight Evans in his ear, Wolf has been just as reluctant to show up in white ethnic areas and African American neighborhoods alike. His website has him posed with only small groups of individuals in places closer in size to a postage stamp than say with one of the larger wards in either Philadelphia, Pittsburgh or his native, York, Pennsylvania.

One influential group of non-African American ministers even reported to me privately than when Wolf showed up for a meeting a few weeks ago he rose from his chair to exit at the conclusion of his welcoming remarks. It was only when one participant threatened to urge his congregations to do likewise next month that Wolf relented to stay and answer questions.

By contrast, getting him to attend major donor fundraisers hasn’t been difficult, since his campaign is spending huge sums on television advertising buys already topping $1.7 million in ten regional TV markets between July 1 and September 10, according to a monitoring report by the respected Committee of Seventy. And late this week he is set to appear at a $500-$1,000) fundraising stop at the tony Pyramid Club hosted by District Attorney R. Seth Williams and appear the next day with presumed presidential hopeful Hillary Clinton at the National Constitution Center.

The Black Clergy of Philadelphia finally got a breakfast meeting with Wolf planned for next week and one State Senate candidate told my radio audience on WDAS/FM that Wolf had promised to join his motorcade set for the last weekend before Election Day. He added that getting his commitment had not been easy given how little time Wolf has allotted in his busy schedule for retail campaign events. Meanwhile, the Democratic ward meetings in Kensington, South Philly and West Oak Lane for example, won’t even get a surrogate before the Nov. 4th election. (Wolf has not any major current or former office holders to sub for him.)

Voter apathy in these intimate urban quarters, just as it is in all other parts of this vast and rural state, could still swallow up the double digit lead that has already started to ebb. That’s what incumbent Governor Tom Corbett is counting on to eke out his hopes for a return to the Harrisburg mansion. That’s what happened to “little” Bobby Williams a few years back. If you find him today, I’m sure he’d be glad to share his thoughts on easily stealth candidates can be forgotten.