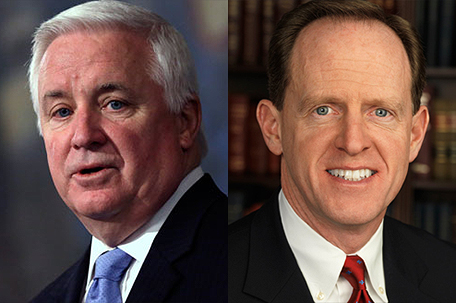 [Ed. Note: This month the SUN celebrates the memory of our SUN Publisher and Founder J. Whyatt Mondesire. We will feature some of Jerry’s FreedomQuest commentaries; providing his unique and provocative opinions on subjects from politics to entertainment as well as coverage of the Philadelphia Legends Awards ceremony honoring Jerry.]

But…hey. What’s a fellow to do when he has to compete for a few nano-seconds of your attention when you’re glued to TV or switched to an ipod, a blackberry or video game? Thanks to the Glenn Becks, Rush Limbaughs and the virtual death of radio news programming, rational political dialogue in this country is all but extinct. Shouting heads spewing radical messages permeate every political conversation today. Once respected news broadcasters these days routinely relay outrageous messages from an assortment of bloggers without first establishing their credibility.

To be precise, these Keystone State Republicans won’t actually kill black people if they win. Rather it is the policies and practices they have already endorsed which will contribute to the tens of thousands of pre-mature deaths of African Americans in this country every year.

Statistical data from the American Medical Association and US Census already have underscored how many blacks die prematurely every year. Lack of adequate medical insurance, affordable care and reasonably priced prescriptions are the culprits of the popular consensus.

• Medical treatment, diet, exposure to unsafe living conditions, type of medical insurance, smoking and education all are believed to have some effect on this gap, but there is no disagreement that a return to the time before we began to achieve universal medical coverage will only contribute to even higher morbidity among African Americans.

• Nearly 39 percent of African American children 6-19 years of age are overweight or obese according to the American Medical Association’s Journal, which also found that black children are far more susceptible to developing diabetes because of weight and eating disorders.

• In Philadelphia, the number of obese children is double the number for white youth.

• Rates for asthma and exposure to lead based paint are also three and four times higher for black youth than whites.

• And the rates of AIDS and other sexually transmitted diseases, especially among young blacks, border on epidemic proportions found in Third World countries.

Toomey and Corbett don’t actually expect any sizable share of the African American or Latino vote. Their hopes for victory are pinned on the notion that people of color are so discontented by the president’s current record of more style than substance that they will not be prompted to show up at the polls.

Last year in a historic race to elect the first African American District Attorney in the city’s history, less than 20 percent of the electorate bothered to show up. And black turnout, especially among younger voters, hovered around 15 percent.