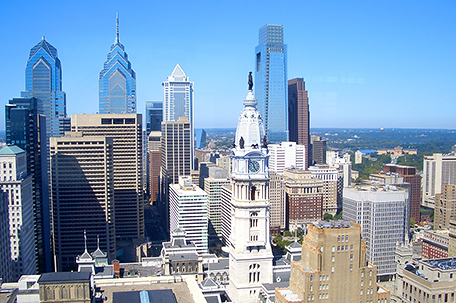 With less than a week to go before Pennsylvania’s primary elections, a united City Council last week urged Philadelphians to vote “yes” on a ballot question that would extend the current minimum wage of $10.88 to all City subcontracted workers.

“The City of Philadelphia should not be subsidizing poverty-level wages. Approval of ballot question #1 will be a permanent and giant step forward for fairness and respect for all workers,” said Councilman Goode, who also authored the original Philadelphia 21st Century Minimum Wage and Benefits Standard law that was enacted in 2005.

“Within the last decade, the City of Philadelphia has raised the wage standard from $5.15 to $7.72 to $10.88 per hour,” Councilman Goode continued. “It is unconscionable that in 2014 anyone performing work for the City could earn as little as $7.85 an hour– yet that is the average pay for subcontracted workers at Philadelphia International Airport.”

“On May 20th, Philadelphians will have an opportunity to cast a vote against poverty in our City and give thousands of subcontracted workers a much-needed raise,” Councilwoman Maria Quiñones Sánchez (7th District) said. “The City of Philadelphia should not be counted among employers who disrespect workers in favor of the bottom line.”

“When workers are paid so little they are incapable of self-sufficiency, government and taxpayers wind up picking up slack,” Council President Darrell L. Clarke (5th District) added. “I thank Mayor Nutter for his recent executive order supporting Councilman Goode’s legislation, and I urge Philadelphia voters to make it permanent by voting ‘yes’ on ballot question #1 on May 20th.”