You’re Next In Line 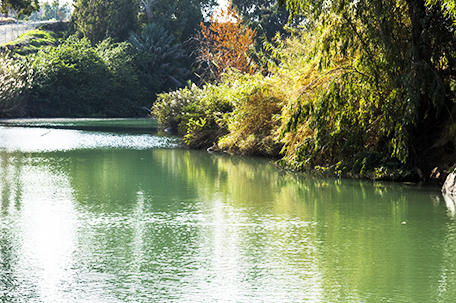 I was wearing my white t-shirt with the word “Healed” emblazoned across the chest in bold, glittery, black letters when I walked into a local Walmart today. I had grabbed a few things quickly, checked out and was hastily marching toward the exit when I heard a woman’s voice call out, “Miss! Miss!”

Initially, I thought nothing of it. There were plenty of other people around and there was no indication, from what I could tell at least, that she was summoning me. That is, until I caught a glimpse of her outstretched arm in my peripheral vision. I turned my head to get a closer view and realized she actually was trying to get my attention.

“Oh, hi!” I said, smiling, pivoting sharply to formally meet the kind stranger who had stopped me.

“Healed,” she said reading my shirt audibly, “What’s the story behind that?”

The fitted tee I was sporting is a beautiful gift from a woman named LaKeisha Rainey Collins, given to me in celebration of my miraculous healing. I treasure it because of the meaning it holds for me. Funny, it happens to be the same shirt I was sporting in this week’s family vlog, currently available for viewing on YouTube. Wearing it enables me to announce my healing, while serving as a stylish sign that God has delivered me from something.

The woman in Walmart today decided to inquire further about what that “something” was. It reminded me that the Lord can use anything, even a t-shirt, as a way of spreading His message.

“Can I record you,” she asked, holding up her phone, moments after I began sharing my story of how God healed me of two incurable autoimmune diseases at a prayer service in Niagara Falls, New York on March 26th.

“Sure,” I obliged, not wanting to hinder her from passing the testimony along to others.

As she captured the moment, I prayed that God would help me recall the details in condensed format, so I wouldn’t leave anything pertinent out. As I was telling her what happened, she got excited and began saying “Hallelujah!” As she rejoiced over the awe-inspiring miracle, a man sitting in Subway behind us enjoying his food chimed in, “Praise the Lord!”

By then, we were having a mini-church service in Walmart!

After I finished recounting the life-changing events, the woman who introduced herself as “Minister Tony” began opening up.

She told me that, a few months ago, she was praying for God to heal her sister of an illness. But unfortunately, she passed away. The loss, of course, had been painful. But my testimony today, revealing God’s healing power in my life, was just the encouragement she needed. It affirmed what Minister Tony already knew: God is yet in the miracle-working business.

Though the Lord had a different plan for her sister, being reminded that He is yet able brought her to a place of praise right in the store.

Before parting ways, she said, “Wait! Aren’t you on TV or radio?”

I confirmed that I had previously been a daily radio DJ. That’s when she let out an elated screech. Minister Tony recognized my voice and remembered me by my radio name, “Sunny D”.

It was an exciting moment for both of us. I love, love, love connecting with individuals who are impacted by the ministry God has entrusted to me. It’s so special.

She and I embraced tightly, while I marveled at the timing and sovereignty of God. He knew our paths would cross on this day for His purpose. Minister Tony told me I’d ministered to her many times through my on-air inspirations, and that she missed me. She wasn’t aware that I had been ill, nor did she know how God’s hand of healing turned things around for me when doctors gave up on me. Now she knows and it has blessed her life.

How incredible is our God?

God has a way to get you exactly what you need, when you need it. Something good is coming your way!

As I drove away, I couldn’t stop thanking the Lord. Because of what I’ve been through, I can tell others of His mighty acts, not only because I’ve heard or read about them, but because I’ve witnessed them in my own life.

And if He did it for me, He can do it for you. The Lord wants you to believe it and expect a move of the Holy Spirit in your life. Believe and know that the wind of His favor is blowing in your direction. Anticipate doors being opened, obstacles being knocked down, and blessings being poured out for you.

Perhaps you’re in a season where you see God demonstrating His power in the lives of others as you’re still waiting for manifestation. If so, the enemy will try to discourage you. He’ll contrast their breakthrough with your not-yet-through as a means of undermining and destroying your faith. Don’t let him shift your focus to what’s not happening for you. Instead, when you see God moving for someone else, let that be the impetus for you to believe God for more, greater, better and bigger things in your life! He is no respecter of persons.

Tell your doubts, I’ve seen God work miracles for others and I Know He’ll do it for me!

I think about how in the Old Testament, when God performed miracles on behalf of the Hebrew nation, He instructed them to set up stone memorials. That way, they wouldn’t forget His great works. He wanted them to mark the territory where He did the impossible. Not only would it keep those in Israel who witnessed the miraculous from forgetting, but it would also inspire faith in future generations.

In Joshua 4, after Israel crossed the Jordan River on dry land, the Lord commanded Joshua to pick twelve men from among the people, one man per tribe. Each of them were instructed to pick up a stone from the middle of this expansive body of water. They had to carry it on their shoulder to the camp where they would be staying that night. The purpose of this process was to set up a physical symbol of God’s supernatural power.

It was only by the Lord’s mighty hand that Joshua and the Israelites made it over the Jordan, just as the Israelites had with Moses and the Red Sea in Exodus 14. The stones were enduring memorials of God’s providence, power and promises.

Many years later, when their children asked, “What do these stones mean to you?” the elders would explain what God did way back then. Then another generation would know that their God, the only true and living God, was real and all-powerful. They would have examples to draw from to support their faith and give them courage to trust God for their own great exploits.

Joshua 4:24 NIV explains it this way: “He did this so that all the peoples of the earth might know that the hand of the Lord is powerful and so that you might always fear the Lord your God.”

And as I open my mouth to testify of what He’s done, it inspires others to believe, too.

Friend, if the Lord has graced you to hear someone else’s testimony, it’s for your benefit. He wants you to get your faith up and declare, “I’m next in line!”

God hasn’t forgotten about you. He has not passed over you. The Lord is on your side. That same mighty hand that led Israel across the Red Sea and the Jordan River on dry land, is outstretched in your direction today. The same hand that healed my body is waving over your household, over your finances, over your relationships,  over your job situation, over your health, and over all that concerns you.

He wants you to trust Him and know He’s all-powerful. Despite the degree of difficulty involved in righting whatever is wrong in your world, the Lord is able. He won’t pass you by. He’s already worked so many miracles and He’s going to do it again.

You’re next in line.

In times when you might not see things working in your favor and you feel your faith failing, call to mind all the examples you have, and shake yourself out of that slump.

To encourage you to use faith-building examples of God’s power as reminders that He’ll do it again for you, I’m stirring Hebrews 12:1 NLT into your cup of inspiration. It says, “Therefore, since we are surrounded by such a huge crowd of witnesses to the life of faith, let us strip off every weight that slows us down, especially the sin that so easily trips us up. And let us run with endurance the race God has set before us.”

As you drink down the contents of your cup, God is pushing you and motivating you through those testimonies, scripture references and personal experiences to believe Him for your miracle.