You can always come home 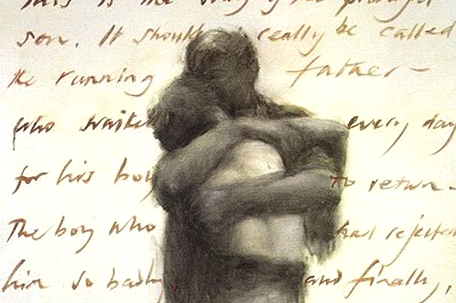 I know that I can always live with my parents. Honestly. If you ask my mother and father right now they would say yes you can come home and live with us. In fact, just the other day when I complained about how cold it was in my place my mother said, “You want to come and stay with me?” I’m adult so the thought doesn’t cross my mind. But there is a comfort in knowing that if I needed to I could always go home.

Many of us may have or had that type of relationship with our parents. In fact, as a parent now you may feel that way about your children…they can always come home. It’s a safety net. A feeling that you aren’t alone and that you have some place to go. There is love, understanding, and support at home. Yet there are many, for many reasons, that have no home to go back to. And even if you do or don’t the ultimate “home” is to be embraced by God. There is the greatest love, understanding and support you or I will ever find.

In Luke chapter 15:11-32 we find a story. I find near and dear to my heart. The story of the Lost/Prodigal Son.

We find Jesus telling the Parable of the Lost Son (Prodigal Son). The parable starts in verse 11 with a man who has two sons. The youngest wants his share of his father’s wealth. Typically, you had to wait until the father had passed to divide the estate, so you can image how bold and even disrespectful this may have been at the time. Nevertheless, the father divides his wealth between his two sons. (Verse 12) Can you image? Young and wealthy. The sky is limited to someone who has time and money on their hands…wouldn’t you agree?

Verse 13 continues that not long after receiving his portion he gather everything he had and went off to a distant country and there he squandered his wealth in wild living. We often say, “If I had money like this or that I would save it. I wouldn’t spend up all my money!” But many times  a little windfall gets spent quickly. I will raise my hand to this truth. Let us return to the text. Verse 14 says that after he spent everything he had a famine arose. So he took a job feeding the pigs. (Verse 15). He was so hungry and wanted to fill his stomach so he got down and ate what he was feeding the pigs. (Verse 16). When we hit a personal bottom we may find ourselves eating slop. Slop can be self-hatred, guilty, waywardness, separation from others, sustenance abuse. In a time of lack or hurt we can find ourselves in places and or doing things we didn’t think we would do.

The Bible says that while he was down there eating he came to himself. (Verse 17). To me we can stop right there. He came to his senses! This is revelation! It’s a miracle to be in a low place and have an epiphany. To look up and realize I don’t belong here. This is not the place for me! What am I doing living like this?!  I am better than this! I can do better! I am a child of God and life does get better…I will not stay down!

The Prodigal Son makes a decision. I will go back to my father and say I’ve sinned against you and heaven. I’ve made a mistake. I no worthy to even be your son. Let me be hired as a servant. So he headed back to his father’s house. But while he was far away his father saw him and was filled with great love he ran to his son, threw his arms around him and kissed him (Verses 18-21).

The remaining part of the story for the younger brother ends in verses 22-24. The bible says,  “But the father said to his servants, ‘Bring out the best robe and put it on him, and put a ring on his hand and sandals on his feet.  And bring the fatted calf here and kill it, and let us eat and be merry; for this my son was dead and is alive again; he was lost and is found.’ And they began to be merry.”

The young son went and lived it up. He had a time in another country with plenty of wealth. He then lost it all and famine arose. He had to work for someone of that country. He was so hungry he ate what pigs ate. He then remembered that servants had it better in his father’s house. He made a decision to go home, admit his sin against his father and heaven. He decided that he was not worthy to be a son of his father. Upon his journey home his father saw his son, he ran to him, hugged him and kissed him. The father had the other servants bring the best robe and ring for his son. They killed the fatted calf and had a party.

You realize this not where you belong. Let me tell you there is a home to return to even if you have never been there before. And you father God has been waiting for you. He sees you even now and He’s not waiting for you to make it all the way…He’s always and forever running to you! He’s never away from you. He’s always waiting for you to return home. He and heaven are ready to rejoice because of your return!

The journey has been long. There have been highs and lows but today you can come home and find that his burden is easy and his yoke is light. And you can cast all your cares on him because he cares for you. Say this simple prayer: Lord I want to come home. I am a sinner and I need a savior. I realize that you Jesus are Lord. You died for my sins and rose again on the third day. Come into my heart, Lord Jesus, and set me free from my sin. And, because you are my Savior, Jesus, “I shall not die, but have everlasting life”. Thank you Jesus. Amen.