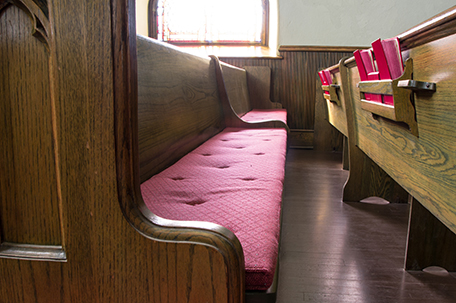 White evangelical Christians widely support President Donald Trump, but a new Pew Research Center poll suggests that support may be nuanced, with some members of the group expressing mixed feelings about his personal conduct.

The poll of 6,395 Americans, conducted between Feb. 4 to 15, 2020, and released last Thursday, surveyed people from various religious backgrounds on their opinions of Trump, religion’s role in American politics and the status of Christianity in the modern U.S.

While 53% of White evangelicals think that Trump fights for what they believe in, and 59% said he has helped their interests, questions about Trump as a person did not get as positive of a response.

While evangelicals have been Trump’s staunchest supporters, they are not alone. White Christians overall were generally supportive of him in the survey, with 70% of them saying the president fights for what they believe in.

The strength of Trump’s belief may not be what counts for his supporters, however. Only 34% of white evangelicals said it was very important that a president share their religious beliefs. Among the general population, just 14% said the same.

In light of pronouncements by political figures like Rick Perry and Nikki Haley that Trump is “ordained by God,” researcher Claire Gecewicz said Pew also sought to find out how many Americans actually believed that to be so. The survey found that belief to be marginal, she said, with just 5% of respondents saying that Trump was chosen by God because of his policies.

That’s up 2 percentage points over the divine-intervention score given to Barack Obama, when Pew asked the same question during his term, Gecewicz said. A larger group of about 27%, she noted, believed that while election outcomes are part of God’s overall plan, that doesn’t necessarily mean God has endorsed a candidate. The remaining two-thirds of the survey sample said that either they did not believe in God (16%) or simply did not believe in divine intervention in U.S. presidential elections.

The Pew poll also focused on the status of Christianity in America more generally. It found that while White Christians were far more likely to think their side was winning politically than Christians of ethnic minorities, Jewish people and nonreligious people, they were also the most likely groups to say that Christianity’s influence in the U.S. was declining.

In total, 53% of those surveyed thought the country’s most popular religion was declining in influence, while only 19% thought its influence was increasing. That presumption of decline is backed up by another Pew survey from 2019, which found that the percentage of American adults identifying as Christian dipped 12 points in the last decade.

“Overall, about half of U.S. adults think that Christianity’s influence is declining in American life, but we see a lot of variation between religious groups,” Gecewicz said in an interview. “There’s differing levels of the perceived decline.”

Commonly cited reasons for the decline in the new survey were an increase in nonreligious people in the U.S., misconduct by Christian leaders and more permissive attitudes toward sexuality. The sexuality argument was most popular among white evangelical protestants, with 72% citing it as a major cause of the decline. Non religious people most frequently cited the growth in their ranks and misconduct by Christian leaders as the causes for the decline in Christianity’s influence.

While only about a quarter of those surveyed saw this as a permanent decline, Christians were slightly more bullish on the return of their faith, with 31% saying the dip was temporary. Jewish and nonreligious people didn’t see it that way.

While Jewish people were less likely to believe that Christianity is declining at all, those who did saw it as a permanent change. Meanwhile, nearly half of those with no religious affiliation believed that Christianity was dipping, and over two-thirds of that sample believed it wasn’t coming back.

While some Muslims were surveyed, there were not enough to include in the report.

Poll shows how Christians in America really feel about homosexuality