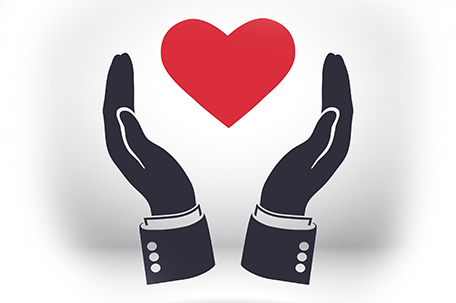 I smiled and listened silently.

I overheard him giving the play-by-play of an imaginary football game and doing all the vocal inflections perfectly.

I actually think it’s the funniest and cutest thing to catch any of the Hobbs children in an unguarded state. To get a glimpse inside their world and see a vividly colored moment unfiltered, is thrilling—and quite hilarious.

Typically, however, if they are aware that I’m watching, both the girls and boys get distracted by that and aren’t as uninhibited. They smile sheepishly and stop whatever silliness they were doing.

I think modifying our behaviors while being observed is pretty common for us all.

We’ll goof around, sing off key, laugh loudly, or dance poorly to our favorite song in private, right? But if we look up and notice someone observing that moment, a feeling of embarrassment usually washes over us and we palm our face in shame.

Whether we’re being silly or not, focusing on our surroundings tends to change our reactions.

This isn’t at all a big deal unless, of course, we allow what’s going on in our environment to fully move our attention away from God, and place it on our circumstances.

You see, if you want to make it through the ups and downs of life, you have to have focused, unrelenting faith, like the centurion had in Matthew 8:5-13.

A Centurion was a high-ranking soldier in the Roman army, skilled at killing and also, in command of other men.

The Bible says the centurion needed Jesus to heal his very sick servant. This official believed that, despite how things were going at home, Jesus had the power to turn things around.

When Jesus offered to come to the centurion’s house, he felt unworthy to host the Savior under his roof. Nevertheless, he was fully convinced that Jesus did not need to be there in the physical. All the Anointed One had to do was send His word forth and breakthrough would manifest.

In verse 9 the centurion says to Jesus, “For I myself am a man under authority, with soldiers under me. I tell this one, ‘Go,’ and he goes; and that one, ‘Come,’ and he comes. I say to my servant, ‘Do this,’ and he does it.’”

Being a man in power, the centurion knew full well what it was like to speak a command and have it happen just the way he ordered it. He had no trouble believing in Christ’s power and authority to command a thing to be so.

Jesus, who possessed control over every seen, unseen, natural and supernatural element, was impressed with the centurion.

So Jesus, in possession of authority over disease, nature, sin, death, hell and the grave, granted the centurion’s request.

When the faith-filled man returned home, his prayer was answered. His servant was healed, because Jesus sent forth a word.

Today, God is sending forth a word to remind you that He has power to shift your circumstances.

Trust in His sovereignty. Believe in His authority. Rest in His promises. Be assured that His power is at work in your life.

No matter how insurmountable the obstacle, with just one word, the King of Kings and Lord of Lords can make it alright.

Friend, I want you to internalize five of the words the centurion spoke to Jesus, found in Matthew 8:8 KJV, which I’m stirring into your cup of inspiration.

In this passage of scripture, the Greek word for “word” is “logos,” which, in this context, means something that is declared, also denoting a “decree,” “order,” or “mandate.”

The centurion told Jesus to command that things change.

According to John 1:1-4, Jesus is the “Logos” or the “Word”—God’s perfect revelation of Himself in the flesh. So then, the centurion told the Word to speak a word.

When Jesus did, what was once a problem was banished. Disease had to go because of Christ’s mandate.

Still today, the Lord speaks and circumstances obey His command.

I’ll leave you with Isaiah 55:11 (GOD’S WORD® Translation), which says, “’My word, which comes from my mouth, is like the rain and snow. It will not come back to me without results. It will accomplish whatever I want and achieve whatever I send it to do.’”