University of Missouri-Columbia gets grant to study bullying 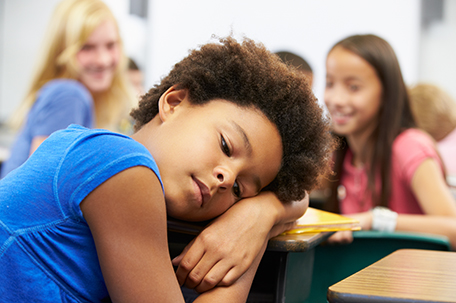 The $4.1 million National Institute of Justice grant looks at bullying and how to prevent it.

With a $4.1 million grant to research bullying, researchers at the University of Missouri-Columbia (Mizzou) may be better equipped to help principals battle this age-old scourge.

The grant is controversial because some scholars believe that some anti-bullying programs actually can go too far. “Bullying was undeniably a problem that needed to be brought out of obscurity, but the issue has arguably now gotten too much attention,” Christopher Ferguson, an associate professor of psychology at Stetson University in Florida, wrote. “Such hype can lead to other problems such as the use of bullying accusations themselves as weapons in peer conflicts and overly harsh ‘zero tolerance’ policies that over punish minor infractions and may exacerbate the isolation that can lead to bullying in the first place.”

The National Institute of Justice, a federal agency, awarded the grant so the Mizzou researchers can study  Safe and Civil Schools. a widely used anti-bullying program. The program was created more than 15 years ago, and currently is in use in schools in Dallas and Houston, Texas, Jacksonville, Fla., and other cities. The grant will allow the program to be implemented and analyzed in 60 middle and high schools in the Puget Sound region of Washington state over the next four years.

Keith Herman, co-director of the Missouri Prevention Center and a professor in the Mizzou department of educational, school and counseling psychology, will lead a team of five researchers.

If proven successful, the program could be recommended to the U.S. Office of Elementary and Secondary Education and individual state education departments as a standard model of anti-bullying training for principals across the country.

“Training for principals and educators varies across the country,” Herman said. “Some receive a three-hour class while others have ongoing training. There are a lot of training programs for principals, but as far as I know, they have never been evaluated beyond people’s perception of how well the programs work.”

“The education system hasn’t done a great job of training principals to manage all aspects of school safety,” Herman said. “Our goal is to identify a program that improves school safety. By applying scientific methods, we can determine if this program is effective and worth implementing in schools across the country.”

The researchers will conduct an efficacy study of Safe and Civil School Leadership plus START, a professional development program designed to equip school principals with the actual skills for fostering positive school climate and safety.

Sixty principals from secondary schools in the Puget Sound (Washington) Educational Service District with high rates of disruptive behaviors will be recruited to participate. The PSESD includes 35 school districts in King and Pierce counties, with 397,000 students from rural, suburban, and urban settings with a wide range of socio-demographic characteristics.

The team will collect school records and principal, teacher, and student ratings of school safety, climate, student compliance, and leadership behavior. The researchers will gather baseline data about each school’s safety climate, such as physical safety, emotional safety, the rate of bully victimization, and other factors.

Herman said he does not anticipate getting the program mandated via federal and state education laws. Rather, he said he hopes the program can be presented to educators as a best practices model.

“I want to make the information from the study widely available for others to make decisions in terms of education policy, whether it proves to be good or bad,” Herman said. “I don’t think we would ever try to legislate it and say that all public schools have to use this program. But I would love to be able to show that it works and why it does and show how to get it implemented. If it makes a positive impact on students, and we give adults and students the skills and tools to make good decisions, it’s a win-win for society.”

An email and four voicemail messages to the National Association of Secondary School Principals were not returned.

Still, even critics acknowledge the harms that bullying can do, and credit the intentions of anti-bullying efforts.

One such, the St. Louis-based Megan Meier Foundation, was founded in 2007 by Tina Meier, whose daughter took her own life after being cyber-bullied by classmates. Meier and the foundation have spent the last decade trying to create positive change around the country to end bullying, cyber-bullying and suicide among students.

The foundation also works to tighten state laws addressing bullying and cyber-bullying in the educational setting. There is no federal law, but all 50 states have some kind of anti-bullying law. Some of the commonalities include procedures for administrators, teachers, parents and students to follow in identifying, reporting and punishing bullying.

Alex King, program manager for the foundation, said she could not comment specifically about the Mizzou study. However, she said anti-bullying programs need to take a comprehensive approach to the problem.

“Any prevention program needs to take a comprehensive approach,” King said. “It needs to involve the youths, parents, educators, counselors, school nurses, the janitor and cafeteria monitors. It’s a community approach. A janitor or cafeteria monitor might see more than others so they need to be trained. Whether it’s cyber or physical, bully prevention requires a comprehensive effort.”