TV One original series “We’re The Campbells” on TV One 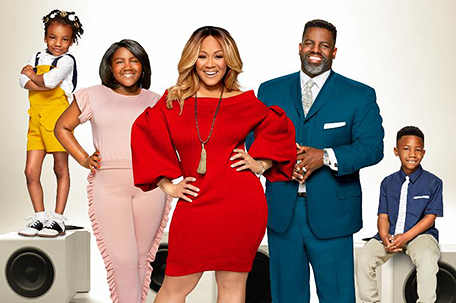 The summer nine-episode docu-series gives viewers an intimate glimpse into the lives of Gospel entertainment power couple Warryn and Erica Campbell, as they tackle the everyday struggles that come with balancing family and work, nurturing their marriage, building their individual careers, and fostering their faith; all while raising their three children Warryn, Zaya and teenager Krista. TV One will also feature the couple in its ongoing online series “#BLACKLOVE” and a digital exclusive after show with Warryn and Erica.

The weekly online companion content will get up-close-and personal with Warryn and Erica, as they reveal how they have dealt with common issues that could make or break any relationship.

For more information about TV One’s upcoming programming, including original movies, visit the network’s companion website at www.tvone.tv. TV One viewers can also join the conversation by connecting via social media on Twitter, Instagram and Facebook (@tvonetv) using the hash tags #WERETHECAMPBELLS.