Your turbulent season is ending 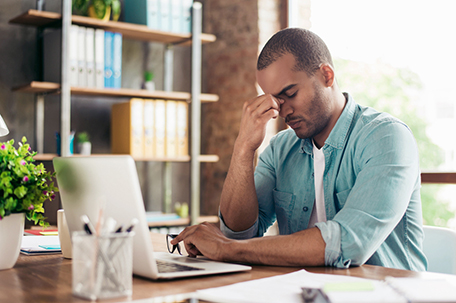 Over the weekend, my husband Kenya and I were blessed to visit St. Jude Children’s Research Hospital in Memphis, Tennessee to participate in their “Celebration of Hope” weekend. We met some of the patients and their families, toured the facilities and learned more about how this amazing team of researchers, doctors and caring staff help fight childhood cancer, pediatric sickle cell disease, and other life-threatening illnesses. You can see portions of our trip on my YouTube channel. I promise there’s more to come so stay tuned and subscribe to the channel while you’re there if you haven’t already.

It was a joy to be a part of this, as I believe real ministry requires that we do something to be the hands and feet of Jesus in the earth. If you would like to give to St. Jude—which I highly recommend—click here.

Well, after an eventful and wonderful weekend, we returned home yesterday. I was so exhausted, I fell asleep on the flight until I was stirred awake by turbulence. In Western NY, near the area where I live, there were a series of severe storms Sunday. They caused some wind damage, knocked down trees and wires. Because of the unfavorable conditions, our flight hit  rough air and it got pretty bumpy a few times.

I remember peering out at the overcast sky from my window seat once we landed, feeling thankful for a safe return home. Even though the journey wasn’t smooth, we made it to Buffalo in one piece and no harm came to me or my husband, thank God.

Earlier today, as I was considering the turbulent travel, I thought about how this real-life scenario perfectly applies to conditions of our everyday lives from-time-to-time. Occasionally, we hit rough patches, don’t we? The going can get very tough during stormy seasons.

The road to destiny isn’t always perfectly paved. Soaring to the place God would have us to be doesn’t feel consistently comfortable. On the contrary, He pulls us out of our comfort zone. We run right into difficulties, struggles, heartaches, disappointments and trouble.

Yet, we have no need to be afraid, because the Pilot already knows the challenges we face and has the power to get us safely to our destination.

God, not your circumstances, determines your outcome. He says you’re coming out NO MATTER what it looks like!

I’m reminded of a specific Bible story I shared with you an early spring. It is found in Luke 8:22-25. In this biblical account, Jesus was on a boat with His disciples. He told them, “Let us go over to the other side of the lake.”

When they set sail, Jesus went to sleep until He was awakened by the panicked pleas of His followers saying, “Master, Master, we’re going to drown!”

Something troubling and dangerous occurred between the time Jesus said “Let us go over to the other side” and this scary moment. A violent sea storm had arisen and the billowing waves that stood much taller than the men in the boat crashed down upon them, filling their vessel with water. In view of the bad situation, the disciples, who had seen Jesus perform many miracles, were terrified that they would die.

In that instant, their faith in the miracle-worker gave way to fear.

Why didn’t they consider the words of Jesus when He said, “Let us go over to the other side,” and be confident that, because He ordained the journey, they would make it to their destination?

Well, it isn’t that easy to do, that’s why. Turbulent times can be scary and unnerving.

Even though we know we serve a sovereign, mighty and omnipotent God, when the tempestuous winds, rains and waves of life’s storms beat upon our heads and hearts, at times we panic, just as the disciples did. We’re only human. We momentarily fixate on the storm rather than the One who has power to calm it. We lose confidence that we’ll make it to the other side and cry out like Jesus’ devoted disciples did, saying, “Master, Master! We’re about to drown.”

But the Bible says when the panic-stricken disciples awakened Jesus, He got up and rebuked the wind and raging waters. Just like that, the storm subsided. Everything was calm. And the Savior asked a question: “Where is your faith?”

They, like many of us, had ‘fair-weather’ faith. When everything was alright, they believed. But when a situation arose that challenged them greatly, they crumbled and fell apart. Let us strive to be unwavering in faith and undeterred by trials, amen?

Though the disciples’ direct response to Jesus’ query about their faith isn’t recorded in scripture, they did say to one another, “What manner of man is this, that even the winds and the sea obey him!”

They marveled over Jesus’ power over nature. How is it that winds and water were subject to His authority? Though the disciples knew of His awesome works, this particular miracle especially challenged their perspective. Turns out the scope of Christ’s power was even greater than they had known before!

Friend, have you forgotten the scope of the Lord’s power, that it is endless and inexhaustible? Do you trust Him in certain instances, but then faint when the waves of adversity, like the ones that threatened to drown the disciples in Bible days, show up in your life?

Consider this: The Lord is trying your faith in this season. It feels like God, who never sleeps, has fallen asleep on the job and left you to fend for yourself. But He hasn’t left you. You’re coming through this firmer in faith and stronger in spirit. After you make it through, your life will be a testimony. God will use your pain and struggle to catapult you into your destiny. You are purposed to help somebody. You’re coming out of this turbulent season. When you do, you’ll be able tell of the goodness and miracle-working power of the Lord.

As Psalm 27:13 KJV says, “I had fainted, unless I had believed to see the goodness of the Lord in the land of the living.”

You’ll faint unless you believe.

To help you get your faith up, I’m stirring a portion of the words Jesus spoke to His disciples in Luke 8:22 into your cup of inspiration. Take them personally. He simply says this unto you: “Let us go over to the other side…”

As you drink down the contents of your cup, know that God has preordained that you arrive at your destination. Decree by faith that this short-lived season of turbulence is coming to an end. There is no might or maybe about it. You’re crossing over from the wilderness to the Promised Land. In the process, God will never leave you—not now or in the future. He wants you to know that you will make it out alright.

You are coming through this. You will survive. It won’t always be this way. A great destiny awaits you on the other side of this turbulent season.