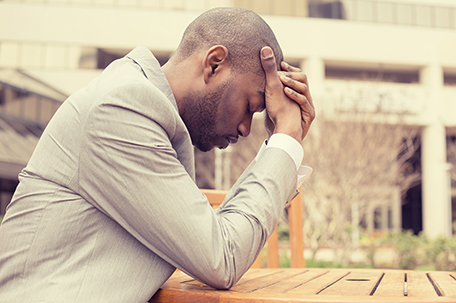 Almost needless to say these are turbulent times. Domestically we see a national dividing over black and blue…black and white…rich and poor…and this list goes on, with many combinations of those who seem to be against one another. You may have your children, family members, co-worker or spouse asking, “What is happening in the world today?” “What does one do with so many mixed feelings? How does one retain and maintain their faith?”

I happened to be in prayer with someone this morning and this came to me…the story of Peter walking on the water. The book of Matthew says in 14:22-29:  “And straightway, Jesus constrained his disciples to get into a ship, and to go before him unto the other side, while he sent the multitudes away.  And when he had sent the multitudes away, he went up into a mountain apart to pray: and when the evening was come, he was there alone.

But the ship was now in the midst of the sea, tossed with waves: for the wind was contrary.

And in the fourth watch of the night Jesus went unto them, walking on the sea.

And when the disciples saw him walking on the sea, they were troubled, saying, It is a spirit; and they cried out for fear.

But straightway Jesus spake unto them, saying, Be of good cheer; it is I; be not afraid.

And Peter answered him and said, Lord, if it be thou, bid me come unto thee on the water.

And he said, Come. And when Peter was come down out of the ship, he walked on the water, to go to Jesus.”

As we see, Jesus took time to go and pray. He had just finished speaking to the multitude and needed this time to take to God. Time with God rebuilds your inner man. So he sent his disciples over on ship to the other side. While He was praying a storm, came. Let’s look at what I just said and apply it to our daily life… while He was praying, a storm came.” While I was at work a storm came. While was having dinner with a friend, a storm came. While I was watching my favorite movie, a storm came. While I least expected it, a storm came. Every news channel has a storm watch segment. They give us estimates of when the storm will reach us. They can even try to tell you if the rain will be light or heavy …if there will be wind gusts and how many miles per hour they will be. However, life isn’t that generous. There is no storm watch to let us know what kind of storm we will face, how long it will last, and if there will be debris or damage. We all know storms can come when we least expect them.

In the midst of this storm Jesus came walking on the water. God…our salvation still with us in the storm. Jesus spoke to them. In our storm it heard to hear God above our anger, sadness, dismay, pain…yet He still speaks. Peter noticed a figure walking. When he saw the person he said if he as the Lord to have him come out and walk. And Jesus did.

Peter got out of the boat and began walking. I can only but image walking on the water. We will never know. But we have learned to mimic the experience with surfing. I have never surfed, so I’ll just assume that it much be thrilling.

And immediately Jesus stretched forth his hand, and caught him, and said unto him, O thou of little faith, wherefore didst thou doubt?

And when they were come into the ship, the wind ceased.

Then they that were in the ship came and worshipped him, saying, of a truth thou art the Son of God.”

When Peter saw the storm…a troubling time as he took his focus off of Jesus. When he kept his focus on Him, the storm didn’t seem to matter. Oh yes the wind blew. Oh yes, the waves crashed. But if we will keep our mind stayed on Him in the troubling times, we can find ourselves walking through them better than we thought we ever could.

Today, I encourage you and me to keep our eye focused on the one who controls the storm…the One who is with us in the storm… He is ever with us in our day- or days- of trouble.