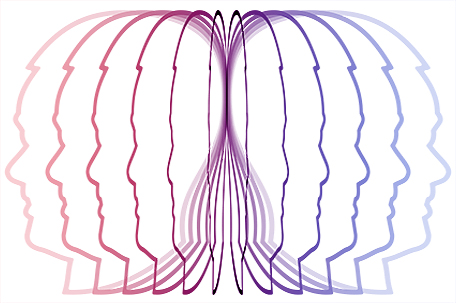 For the past couple nights, I have been waking up.

At about two or three in the morning, my eyes have just popped open.

Unlike what you might expect in the wee hours, I do not feel tired or groggy. As soon as I stir, I am wide awake, as if it were time to be up and at ‘em.

The first night, I tossed and turned for a while, frustrated with each passing moment. All I could think about is how I was losing valuable rest time.

Have you ever laid awake at night and counted the minutes and hours as they go by, telling yourself, “I am going to be so tired in the morning?”

That’s what I was doing on night one—at first.

Then I remembered my policy: if I am jolted out of sleep, then I need to pray and commune with God. So after huffing and puffing, and internally grumbling, I spent time with the Lord.

Last night, I did the same thing.

Though being bright-eyed and bushy-tailed well before dawn—again—was unexpected, I used the interruption as an opportunity to draw closer to God.

Few like interruptions, but we all deal with them. And you know what else? They have purpose.

Whether the interruption is fairly simple or life-altering, either way, see it as a way of drawing near to God. You can do what I did on night one and huff, and puff about the unwelcome guest called change, or you can stop lamenting the method, and begin striving to hear His message.

What is God saying?

Despite your lack of understanding of its purpose, when the Lord allows the wind of change to blow through your life, subtle or strong, it is for a reason. When He lets you go through transition, He’s getting your attention.

He’s waking you up out of your “sleep” and shifting you from one place to another.

In Genesis 28, when Jacob was in transition, going from Beersheba to Haran, he fell asleep, using a stone for his pillow. That night, he dreamt of a ladder that went up to heaven, upon which angels were ascending and descending. God spoke a word to him right then, promising to give Jacob’s descendants the land he was resting on, to bless and multiply them, and make them a blessing.

When Jacob woke up, in verse 16 (NLT) he said something I’m stirring into your cup of inspiration: “Surely the LORD is in this place, and I wasn’t even aware of it!”

Friend, as you drink down the contents of your cup, remember, the Lord is right where you are.

Are you aware of it?

He is sending you this message today in the midst of your transition to let you know this is not your final destination. You’re headed somewhere. He is going to bless you and bring you into your place of promise.