To Be Equal : Black Panther is the superhero – and heroine – we deserve 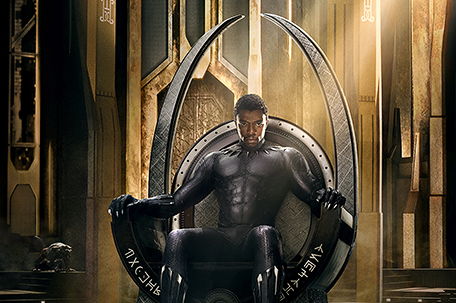 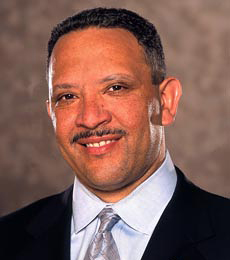 “The film serves as a breath of fresh intellectual air, especially amid today’s sociopolitical climate. It is the power of representation in its best form. It is empowerment on a higher level. It is inspiration to a different degree. It is Black excellence exemplified that will leave audiences yearning to inhabit Wakanda forever.”

From Douglas Fairbanks’ swashbuckling heroes like Zorro and Robin Hood in the 1920s, to Luke Skywalker in the 1970s and Harry Potter in the 2000s, the movies have always provided inspiration and role models for young people and a source for fantasy and imagination.

Most of these figures, as one might expect, have been White and male.

That is why the blockbuster superhero film “Black Panther” is such a significant milestone.

Few films have been more joyously anticipated, with advance ticket sales breaking records. The character, created for Marvel Comics by Stan Lee in 1966, already had generations of fans. Its A-list cast and crew include a number of Academy Award and Golden Globe winners and nominees. Setting aside its cultural impact, “Black Panther” has been hailed as one of the best-acted, best-directed, best-created superhero movies of all time.

But let us not set aside its cultural impact. Representation of women and people of color in film also has been an issue as long as there have been films.  Actor and playwright Dylan Marron a few years ago introduced a web series entitled “Every Single Word,” which highlights the shockingly small amount of dialogue spoken by actors of color in mainstream films.  The entire  Harry Potter series – more than 1,200 minutes of film – includes precisely 5 minutes and 40 seconds of what Marron calls “POC talk time.”  In 2015 and 2016, we took the Academy of Motion Picture Arts and Sciences to task for the woeful lack of diversity among Oscar nominees.

Too often, even when women and people of color do have significant roles in film, negative stereotypes are reinforced. The Bechdel Test, named for cartoonist Allison Bechdel who popularized it, determines whether a work of fiction features at least two women characters who speak to each other about something other than a man.

Only half of all films pass this test. Screenwriter and novelist Nikesh Shukla proposed the Shukla Test, which determines “two ethnic minorities talk to each other for more than five minutes about something other than race,” and New York Times critic Manola Dargis devised a variation, the DuVernay test — named for African-American film director Ava DuVernay — asks whether “African-Americans and other minorities have fully realized lives rather than serve as scenery in White stories.”

“Black Panther” doesn’t just pass these tests, it shatters the very precepts on which they rest. The significance of a powerful, intelligent, wealthy and resourceful Black hero cannot be overstated. The women of Wakanda, Black Panther’s fictional African kingdom, are the true force behind the throne, and are as complex, varied and layered as White male characters usually are given the freedom to be.

When the first Black actress to win an Academy Award, Hattie McDaniel, faced criticism in the 1940s for accepting roles that reinforced negative stereotypes, she retorted, “Why should I complain about making $700 a week playing a maid? If I didn’t, I’d be making $7 a week being one.”  Thankfully, the world of Wakanda is light-years from the plantations where McDaniels’ “Mammy” character bowed and scraped to Scarlett O’Hara.  I’m thankful that our children have the opportunity to see themselves on screen as kings and queens, warriors, scientists, artists and most importantly, the heroes of their own stories.

Marc Morial is president and CEO of the National Urban League.