A Timeline of Black Christianity Before the Civil War (Part Two) 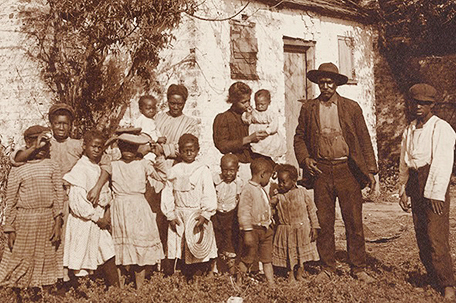 The first Black pastor to lead a White congregation, the founding of the AME Church, and slavery splits American denominations.

1843 Isabella Baumfree (1797-1883) changes her name to Sojourner Truth and begins a career as preacher, abolitionist, and feminist.

1844 The Methodist Episcopal Church separates over the issue of slavery, forming North and South branches.

1849 Harriet Tubman (c. 1821-1913) escapes slavery from the Maryland Eastern Shore. Following the North Star as her guide, she made some 19 trips into the South, and leading some 300 blacks to freedom.

1850 Passage of the Fugitive Slave Law makes the apprehension of Blacks, ex-slaves or not, relatively easy.

1853 Representatives from seven states organize the Western Colored Baptist Convention, which lasted until 1857.

1854 The Kansas-Nebraska Act declares that the residents of new territories have the right to decide the slave issue for themselves.

1856 The Methodist Episcopal Church North establishes Ohio’s Wilberforce University, named for the famous British abolitionist, to educate Blacks. The AME Church, under the leadership of Bishop Daniel A. Payne, purchased Wilberforce University in 1863, making it the first college for African-Americans owned and operated by a Black organization.

1857 In the Dred Scott case, the Supreme Court declares that slaves are property, even when living in a free state, and that Congress cannot forbid slaveholding.

1860 The Confederate States of America secede.

1864 The American Missionary Association sends Sara G. Stanley, an African-American educated at Oberlin College, south to educate the newly freed slaves. She was one of many Blacks and whites who saw the education of former slaves as their calling.

1865 The Confederate States surrender and the United States Congress passes the Thirteenth Amendment, which abolishes slavery except for convicted criminals.

1870 The Fifteenth Amendment establishes right to vote for Black men.

A.G. Miller is an assistant professor of religion at Oberlin College, Ohio.

A Timeline of Black Christianity Before the Civil War (Part One)