This time, things will work out 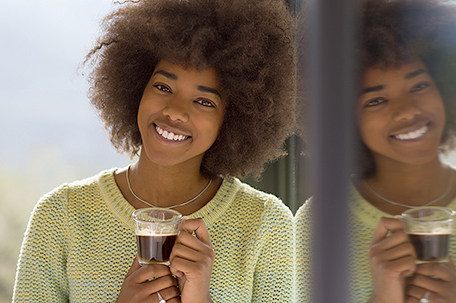 The Hobbs children love to reminisce. A while ago, they felt like strolling down memory lane and going over things that happened around 10 years or so ago.

“Remember that time Kedar went flying off his bicycle through the air?” they asked.

I didn’t recall it right away. But when it finally came back to me, I suddenly remembered what happened, as well as how it made me feel. My knees nearly buckled at the time.

One afternoon, our oldest son Kedar was in the early days of learning to ride his bike. Though his skills were limited, he had the courage of a warrior.

“Don’t go so fast,” my husband Kenya and I warned repeatedly. “You could hurt yourself.” But he went zooming forward anyway, pedaling as rapidly as his short stubby legs would allow. Over and over again, he would just take off. I went running behind him, trying to shield him from harm. In this particular instance, he got away from me.

Kedar ran smack into a railing, ejecting his body from the bike. He went so high into the air, I knew if he hit the ground, he would be seriously injured. I was literally paralyzed with fear. Only my eyes moved. I felt helpless and nearly certain that this family outing was about to end with a trip to the ER.

But Kenya ran toward him, stretched out his arms and caught our little guy. It was incredible! I cannot explain the sense of relief I felt. I was too weak in the knees to move at first. But I was leaping for joy in my heart. Kedar had flown through the air like a Hail Mary pass in a football game that was amazingly caught by a gifted wide receiver.

It seemed almost miraculous that his dad was there to catch him. Thinking back on it, I can almost see Kenya — such a caring father — standing there with outstretched arms. He did whatever he could to make sure his son didn’t fall.

How much more, then, does God, our Heavenly Father, care about you and me, His children?

Sometimes in life we will run into challenges and it will look like we’re headed for a fall. But God, who is rich in mercy and faithful to deliver, will always be right there to catch us. I think about myself and how  I got so sick last year. The battle raged on for a while and it didn’t look good, but God stepped right on in. This past weekend, as I spent time with my family at an amusement park, I was so grateful to be whole!

When I say that God will step in, that does not mean the situation won’t ever look bleak. I cannot assure you that the outcome will be what you hoped it would be in every case. On occasion, you will take some hard knocks, but God won’t abandon you. He never will.

During my Bible study time, I was reading Judges 20. In that chapter, the Israelites fought the battle of Gibeah against the Benjamites. Even though they had God’s blessing to fight, they sustained some losses in the battle.

The first day, the Benjamites killed 22,000 Israelite soldiers. The second day, there were 18,000 more casualties. It didn’t look good for God’s chosen ones. They cried out to the Lord and inquired about whether they should continue on.

The Lord told them to go back and fight — again — despite having already lost 40,000 men. So they obeyed. On the third day, after about 30 of their fighters were killed, it looked like déjà vu for the Israelites, but God wasn’t finished.

This time around, after brutal defeats, He gave them victory over the Benjamites.

God will give you the victory also!

Friend, you may have come against some of the toughest opposition of your life. You may have sustained some losses in the battle. There may be some casualties you can look back on and point to. You could even be facing one of the greatest trials you’ve ever experienced. But don’t be discouraged by the bumps in the road. God sent me to tell you that this time, things will be different.

You’re about to experience one of the greatest shifts of your life. Several things are turning in your favor NOW!

If you focus on the failure from last time, you’ll miss the victory God wants to give you this time.

This time, things will work out.

Don’t let turmoil make you forget who you serve. Don’t let the losses, hurts, setbacks and trials God used to strengthen your character and prepare you for ministry, defeat your faith. The Lord is on your side. That’s why you’re still here. That’s why He preserved you when you could have lost your mind. He kept you when it appeared that you were surely going down for the last time. He stretched out His arms, caught you and delivered you.

What a mighty God we serve! Jeremiah 32:21 talks about how God rescued Israel with a “mighty hand and an outstretched arm.” That same hand and arm is extended to you today.

To remind you that God’s word is unfailing and that He’s going to do just what He said, I’m stirring Ezekiel 12:28 (NIV) into your cup of inspiration, which says,”Therefore say to them, ‘This is what the Sovereign LORD says: None of my words will be delayed any longer; whatever I say will be fulfilled, declares the Sovereign LORD.’”

As you drink down the contents of your cup, rejoice that the delay is over. Thank God, by faith, that this time, your turnaround will come. This time, what you’ve been believing, hoping and praying for will come to pass.

The press was not in vain. The tears were not for naught. The purpose of God will prevail. You will fulfill your Kingdom assignment in the earth.

Be encouraged by the realization that, this is not a hopeless case. The situation is not too far gone. Our mighty Savior has a great plan for your deliverance. This time,  the One who controls every outcome has commanded things to shift in your favor.