This is not the end 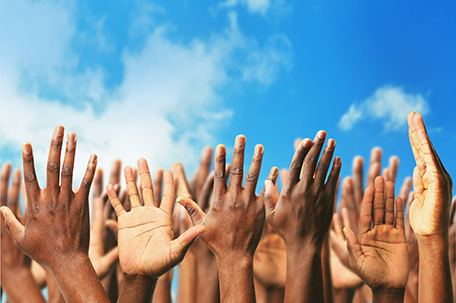 I stumbled across something I wrote a while ago that caused me to reflect on a season when I was battling prolonged illness. I was struggling with chronic pain and symptoms the doctors couldn’t properly diagnose.

After a while, it all began to feel overwhelming.

One day, I was so ill and despondent that I called my mother to get some encouragement. I needed to vent and be consoled. But when I got ready to tell her what was going on with me, I burst into tears.

I’m not talking about a few drops escaping my eyes and a bit of trembling in my voice.

It was like a dam in my soul broke and floods violently rushed out of me, taking my breath away. Loud sobs replaced my words as I laid on top of the receiver pressed against my face and the pillow.

Mom calmly ministered to me. She assured me that God wasn’t through with me. As I was despairing, she told me, “Dianna, no matter how you feel, I want you say, ‘It’s getting better every day.’”

Even though, for quite a while, it felt like it was getting worse every day, I heeded my mother’s divinely-inspired advice. When I was feeble, unable to eat, in too much pain to go to sleep, unable to get out of bed without help, I still whispered by faith (with tears soaking my pillowcase), “It’s getting better every day.”

Today, by the grace of God, I am living what I was speaking back then. The Lord raised me up. He truly wasn’t through with me.

He’s not through with you yet, either. I know you may be going through some rough times and dealing with ongoing struggles, but hang in there. The best is yet to come.

I’m reminded of 2 Samuel 15 when David was going through one of the most difficult times of his life. His son Absalom was trying to kill him. David’s rebellious seed, who had already murdered his brother Amnon (2 Samuel 13:23-38), was ruthless in his pursuit of power. He wanted to take David’s throne.

He had managed to corrupt the hearts of many who were once loyal to David. A great multitude had switched their allegiance to Absalom and willingly joined the revolt. It was an absolute mess.

Though Absalom’s rebellion was part of God’s judgment against David for committing adultery with Bathsheeba and having her husband Uriah killed to cover up his wrongdoing (See 2 Samuel 12:10), the Lord was still with David. The throne was not Absalom’s to take. He couldn’t snatch away something God had preordained for someone else. Really, Absalom was waging war against God.

In Hebrew, Absalom’s name means “Father of peace,” but he certainly didn’t live up to his name. Rather, he created an environment of chaos and lawlessness.

So David and all of his allies, except for 10 concubines he left behind to take care of the palace, were forced to leave Jerusalem to escape Absalom, whose military coup had gained tremendous momentum.

Feeling concerned and hoping to invoke God’s protection, the Bible says Zadok the priest and the Levites got the Ark of the Covenant, which was symbolic of God’s presence guiding His people, to take with them. Understandably, they wanted to be shielded from impending doom.

Though David had great respect for the Ark of the Covenant and how God revealed His power through it, in this case, he felt led to go forward without it. According to 2 Samuel 15:25-26, David told Zadok to take the Ark back into the city of Jerusalem.

“’If the Lord sees fit,’ David said, ‘he will bring me back to see the Ark and the Tabernacle again. But if he is through with me, then let him do what seems best to him.’”

Re-read what David said in verse 26: “But if he is through with me, then let him do what seems best to him.”

Pause there and really think about that.

David’s statement reveals his full trust in the sovereignty of God. He was completely surrendered to the Lord’s will—whatever it was.

That’s the way we ought to be.

Well, my friend, the Lord wasn’t through with David. Absalom was killed in battle and David, whom God had chosen to reign, resumed the throne unharmed. The evil scheme did not work.

It’s not over! There’s more, better and greater coming. God’s not finished with you yet.

When God has His hand on your life, it does not matter who or what comes against you. You will be protected, sustained and delivered from trouble. “The righteous person faces many troubles, but the LORD comes to the rescue each time” (Psalm 34:19, NLT).

Today, the Lord is sending a reassuring word for you: He’s coming to the rescue, because He is not through with you yet. The enemy’s greatest attempts will fall flat. You will keep standing strong after Satan hits you with his best shot. God’s purpose for you must be fulfilled and He will not allow the devil to derail your destiny. Again, God’s not through with you.

You have no need to worry, fret, or fear. His mighty hand of favor is outstretched toward you, and His perfect will, will be accomplished. The raging storm will not overthrow you. The crashing waves will not drown you. The furnace of affliction will not consume you. The snares of the enemy will not entangle you. The fiercest attack will not destroy you, for the Lord will uphold you.

You, like David, may be going through an intense season of adversity. God sees. He has not abandoned you. The enemy has not and cannot win. This is not the end. God’s yet working it out.

God has pronounced blessings over your life and what He has planned for you will come to pass. So don’t be sidetracked, discouraged and disheartened by the opposition you face. As I often tell you, know who and whose you are. You belong to the Lord.

He has the final say.

In 2 Samuel 18:28, Zadok’s son Ahimaaz delivered news to David that Absaolm and his enemies had been defeated. So I’m stirring the first part of what Ahimaaz told the king right after the victory was won into your cup of inspiration.

In the New Living Translation he said, “Everything is all right!”

As you drink down the contents of your cup, know that everything is all right.

Because God is not through with you. He’s not finished blessing you. He will rush to your defense in the time of trouble.

“When the enemy shall come in like a flood, the Spirit of the Lord shall lift up a standard against him” (Isaiah 59:19, KJV). Again, this is not the end, but rather, the beginning of a demonstration of God’s power in your life!