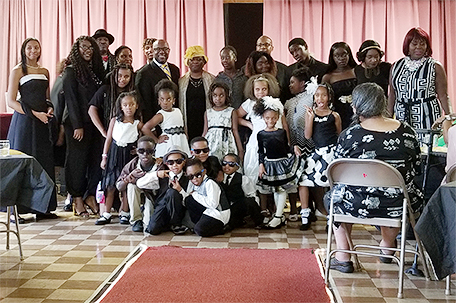 ABOVE PHOTO:  The models who proudly graced the program runway demonstrating the theme “Black Magic @ Finesse.

The way African- Americans experience religion is largely shaped by their theology. But the living religious experience is also shaped by esthetic elements such as music and visual arts.

These were the sentiments expressed by the Rev. Dr. James H. Buck, Jr., Senior Pastor at Grace Baptist Church of Germantown.

Buck made his comments at the 58th Annual Fashion show and luncheon presented by Women’s Guild Ministry, which has the distinction of being the longest running women’s organization in the church’s 135-year history. 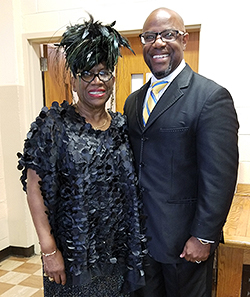 Selena Gillespie, President of the Women’s Guild Ministry organized a program that showcased the talent from around the city.

Gillespie noted that designers of hats, jewelry, fashions and minks were invited to display their wares on the models that included local church members. And, for the past 10 years, those models have included the church’s youth “who have a place to strut their stuff.”

Hat milliners from the city of Philadelphia and from around the nation were invited to show their hat designs that have been seen and worn around the world.

Black women’s hats play a significant historical role in the church, according to Gillespie. 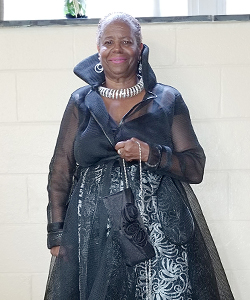 Fashion Commentator Wynelle K. Coleman introduced the show’s models and fashions with flair and whimsical observations that delighted the audience.

During and after slavery, black women who worked as maids and servants broke away from their uniforms on Sunday and wore decorated hats to service, Gillespie noted. The hat, no matter what material it was made from, was adorned with ribbons, bows and flowers.

It was the Black woman’s one day of individualism.

This year, Rev. Dr. Buck, Jr., his wife Jennifer and their children Jaida and James H. Buck, III (Champ) had a chance to walk the red carpet.

The event is held the third Saturday in September each year. And according to Coleman all are welcome to consider next year for the opportunity to exhibit their designs or market their goods.