The transition is almost over 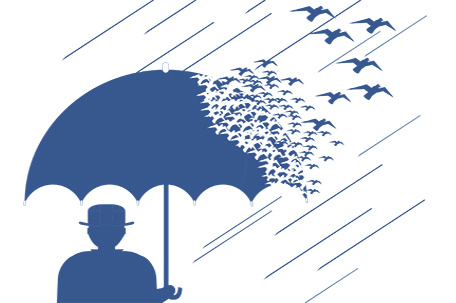 When you’re going through a hard time or setback, the enemy tells you that you won’t make it through and you’ll be stuck in that bad predicament forever.

It sure looks and feels that way, doesn’t it?

Back when my husband Kenya lost his job right after we welcomed our second daughter, it was an inconvenience to say the least. We didn’t know how we would pay our bills and when God would open a new door for the primary breadwinner in our home to walk through. When I got sick last year, the illness was an unwelcome and troublesome guest in our lives for what felt like far too long. I didn’t know why God allowed it, when or how He would bring me through it. But He did it.

In both cases—each of which went on far longer than I hoped and prayed they would—we came out victoriously. God sustained us and carried us through our transition. What looked like it would last forever didn’t. God moved us out of those valleys. He delivered us from the wilderness. He brought us out of our dry place and watered us. He made ways and cared for us.

While neither of those transitional seasons in our lives felt good, they had a purpose: they revealed God’s faithfulness to care for us in the storm and to bring us out of it in one piece. He’s going to do the same thing for you. Though you might not feel like saying it or believing it, I want you to declare by faith that My transition is almost over.

You’re about to step out of what you’re in, into something better. God is making all things new.

When one thing after the other goes wrong in your life, it can seem like God isn’t for you. When your life appears to be falling apart bit by bit, it can look as if He somehow has abandoned you, like He’s forgotten about you, right? When you’re going through a transition and the changes are all negative, at least from your point of view, you can easily begin wondering, Where is God?

Has God indeed forgotten you? Has His love toward you turned cold? Has His mercy run out? Does He really hear your earnest cries, prayers and supplications?

Right now, at this present moment, you may very well feel like the Children of Israel did in Deuteronomy 2. For about 38 years, they had been wandering in the deserts of Seir, a mountainous region. In verse 2 of this chapter, after all that time of feeling stuck in the same place, God told them, “You have skirted this mountain long enough; turn northward.”

Finally, a shift in their journey was taking place. It didn’t happen overnight, as you see, but their time did come. As I’ve mentioned here before, the name “Seir” means rough or hairy.

So then, for what must have felt like a never-ending period, Israel had been walking through a rough place. That is, until God said enough. It was time to move on.

Throughout the chapter, God instructs Israel on how to navigate enemy territory on their way to the Promised Land. He showed them how to handle their season of transition, as a shift was taking place in their lives.

Friend, transitional seasons are tough. You don’t always know what God is up to, but know that He’s with you through your rough place. And when the time is right, a shift is going to take place in your life.

It’s about to get better from here. God is making ALL THINGS new in your life!

I understand how hard that can be to believe when so much time has gone by with no changes happening. Israel had been waiting 38 years for God to declare “long enough” over their circumstances. The man Jesus healed at the Pool of Bethesda had also been waiting 38 years according to John 5:1-15. Remember?

He was lying around with many others who were sick, hoping he could jump in the pool when the water was troubled. If he could just be the first one to hop in, he would get his healing. But everyone else seemed to get there before he did. The impotent man had no one to help him… at least not before Jesus showed up on the scene.

When the Master stopped by Bethesda, which means house of mercy, everything changed. Friend, the Lord is about to show you mercy, grace and favor. He knows you have been in the valley a long time. Change is coming. Your shift is about to happen.

When your due season arrives, the Lord will take you from Seir, the rough place, to Bethesda, the house of mercy. He has seen your affliction and heard your cries, and He is saying wait in faith. A shift in your circumstances is coming. The transition in your life is almost over. Things are about to come full circle!

To remind you that this struggle will not last, I’m stirring 1 Peter 5:10 NASB into your cup of inspiration, which says, “After you have suffered for a little while, the God of all grace, who called you to His eternal glory in Christ, will Himself perfect, confirm, strengthen and establish you.”

As you drink down the contents of your cup, know that this prolonged season of hardship and suffering is coming to an end. Just hold onto faith. In due time, you will reap a harvest.