The storm is passing over 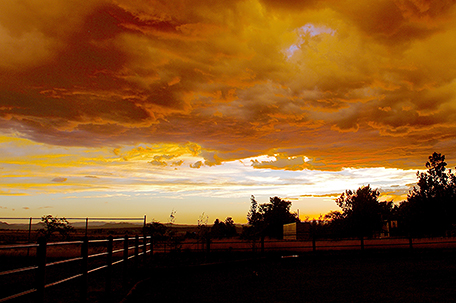 A 29-year-old gunman named Travis Green opened fire at a store in a suburb of Buffalo, New York, not terribly far from my own neighborhood. He wounded one man before being stopped and taken into custody. My prayers are with the 53-year-old victim who was wounded by gunfire.

Upon hearing the assailant’s name, it brought to mind a different Travis Greene, who happens to be one of my favorite gospel songwriters. His anointed and encouraging music helped get me through my prolonged battle with illness.

Travis Green, the shooter, reportedly lost his job, his wife, and according to his mother, simply felt “fed up” with life, leading to his decision to hurt others. Travis Greene, the singer, has been through some difficulties in his life as well, but has channeled that pain to uplift others.

I pray the lost and troubled man will surrender all to God.

Travis the shooter and Travis the singer both share the same name; but only one trusted in the name of the Lord in the time of trouble, leading to very different outcomes in each case.

In life, we all go through things. We have that it common. No one is exempt from trouble. Sometimes, we lose the job, the house, the spouse, the loved one, our health, financial security, and stability — even when we serve God. We don’t get to skip the wilderness altogether in favor of the Promised Land. Unfortunate events happen in every life. As Ecclesiastes 9:11 so aptly states, time and chance happen to all of us.

At certain points, we feel vulnerable, frustrated, even angry, and fed up. Feelings of disappointment and disillusionment are not out of the ordinary. They are natural and common. In moments of vulnerability, the enemy is constantly lurking, hoping we will self-destruct.

But when you know God and seek Him as a safe haven in desperate times, He’ll keep your head above water. He’ll keep you from falling, drowning, being consumed, and carrying out reckless plans.

To experience His love and help, you must lean on Him in times of drought, famine, distress, and when you feel powerless to change situations for the better. Keep in mind that He is all-powerful. He will anchor you when the stormy winds blow and you feel weary of mind and soul, and vexed in spirit. Proverbs 18:10 ESV tells us, “The name of the LORD is a strong tower; the righteous man runs into it and is safe.”

Another of my favorite scriptures is Psalm 46:1 KJV. It says, “God is our refuge and strength, a very present help in trouble.”

That word “refuge” in this passage is the Hebrew word “machaseh” (pronounced makh-as-eh), which means shelter. It is derived from the word chacah which can mean literal shelter. It can also figuratively represent a place of hope, refuge, and trust.

Because you have placed your hope and trust in the Lord, He’s showing Himself strong on your behalf! He’s doing it right now.

I love thinking of God in this way.

I visualize being in a park, seeing the sky get cloudy, grey over, open up, and quickly release a torrential downpour of rain on my head. I take off running as fast as I can to one of the shelters in the park that keeps me dry until the storm passes over.

God does precisely this for you and me when run to Him in times of storm. He shelters us until the storm passes over.

I’m pretty sure you’ve heard the saying, “When it rains, it pours.” That suggests that trouble comes at you hard, fast and heavy. I know this to be true! Life can get overwhelming quickly if we try to brave the unfavorable conditions on our own. But the great news is we don’t have to. You and I can run to our refuge, Christ, who will shelter us from the downpour, strengthen us, and help us in our time of need.

Today, it might be raining — perhaps pouring — in your life. Maybe your health is acting up; finances are short; family is in crisis; emotions are all over the place; work is stressful; you’re mentally tired; and you feel overwhelmed, and burdened right now.

Know that trouble won’t last always. The storm is passing over. In the meantime, take refuge — take shelter — in Him.

When you seek Him in your affliction, God has this incredible way of stepping into negative situations and turning them around just as He did for Abraham in Genesis 22. After God tested his faith by commanding Abraham to offer up his only son Isaac as a sacrifice, God sent a ram and let that ram get caught in a bush. This made it possible for His obedient servant Abraham to offer up an animal sacrifice. He was able to spare his son, the promised seed that he and Sarah conceived in their old age according to scripture.

God never intended for Abraham to offer Isaac. He always had a plan, even before Abraham could see it. But the Lord was teaching this patriarch of faith to trust Him. And just as God provided a ram in Isaac’s place, He sent Jesus, the perfect Lamb of God, to take our place. God gave up His own son as a ransom for sin, and made us clean through Christ’s shed blood.

That’s why Abraham called the name of that place where God provided a substitutionary sacrifice, Jehovah-jireh, which means, The Lord Will Provide.

This word is sent by God to encourage your heart. At this moment, He’s letting you know, Hey! Don’t worry.  The storm is passing over. Until it does, I will shelter you. I will provide for you. Trust me.

The same God who gave up His only son as a substitutionary atonement for our sins is personally assuring you that He will never leave nor forsake you.

If you’re experiencing heartache, hardship, and heaviness, run into the arms of the Savior. Let Him be your shelter. Let Him show you how big, powerful, sovereign, and faithful He is to deliver you. He’s working it out in your favor as you read this.

The storm is passing over. Jehovah-Jireh is providing for every need.

Psalm 34:19 NASB, which is what I’m stirring into your cup of inspiration today, reads as thus: “Many are the afflictions of the righteous, But the LORD delivers him out of them all.”

As you drink down the contents of your cup, remember, no matter how many afflictions, issues, problems, and tests you might be going through, God, your deliverer, is working them out for you. Again, He is faithful. He’s your present help and shelter from the storm.

Run to Him, lean on Him, and hide under the shadow of His wings (Psalm 91:4) as this storm passes over.

When is my time?