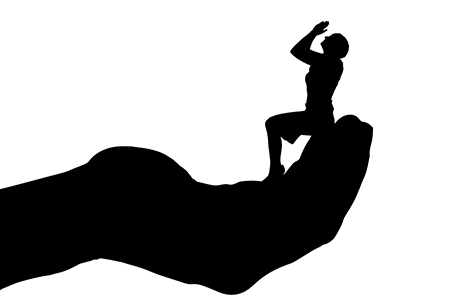 “Did you see this accident?” our oldest son Kedar asked me earlier this evening.

He had just finished watching a video of a dramatic wreck with my husband Kenya.

Though I was busy preparing dinner, I paused and watched the clip that was only about 30 seconds long.

At first, it looked like an average race, which our 11-year-old NASCAR aficionado watches all the time. He even knows the racers’ names and numbers, and keeps tabs on their statistics.

But as I continued gazing at the screen, I noticed that one of the drivers lost control of his race car. Suddenly, he flipped in the air, slammed into the wall and caught fire.

“Whoa! Did the driver or anyone get hurt?” I asked.

“No one was hurt,” Kedar told me. “Everyone was just fine.”

I could hardly believe the dramatic crash didn’t harm a soul.

But then, as I thought more about it, I considered the fact that the vehicles which blaze around the raceway at speeds of nearly 200 mph, are specially crafted.

Because of the intricate and sturdy design, most crashes do not end in fatality. The manufacturer is careful to keep the drivers’ safety as the Number one priority.

This makes me think about how God strategically protects us, so that what would and should harm us, doesn’t.

In Acts 28, we find the Apostle Paul after surviving a terrifying storm that left all 276 passengers aboard, shipwrecked, on the Island of Malta.

Once there, the islanders were kind to Paul and the others who needed help. So they made a fire to warm the weary travelers that were shivering in the cold and rain.

Acts 28:3 says Paul gathered up a pile of brushwood and put it on the fire. When he did, a viper, driven out by the heat, latched on to his hand.

Surely, the islanders thought he would die. In their minds, seeing that snake dangling from Paul’s hand was like a bad omen. Suddenly, they looked at him through eyes of disdain. They were convinced that Paul was a murderer and this snake bite was a curse from “the goddess of justice.”

They were totally wrong.

The Bible says in Acts 28:5 that Paul simply shook that snake off into the fire and suffered no ill effects. He had no symptoms. The spectator’s expectations that Paul would swell up or suddenly fall over dead, were never met.

After waiting a long time for the worst and seeing nothing negative occurring, the islanders changed their minds and said Paul was “a god.”

Though Paul wasn’t a god, he did serve a God who is able to do anything.

There are some things you’re going through and you don’t understand why. In your heart, you wish life could be somehow sweeter, easier and smoother. But the Lord has allowed this storm to show you that what should, in the estimation of man, permanently depress you, defeat you and ultimately destroy you, won’t have that affect.

You will survive the wreck, turmoil, test and trial because God’s hand of grace is at work in your life.

What has temporarily fastened itself to you, the way that serpent did to Paul’s hand, won’t hurt you.

God has fortified you, anointed you and ordained that you overcome.

One of my favorite scriptures I often share with you is found in Isaiah 43:2 NIV. I’m stirring it into your cup of inspiration today.

As you drink down the contents of your cup, God is assuring you that this story will not end in defeat. He will bring you out.

You will not only survive, but thrive and become an example of God’s sustaining and overcoming power.

What the devil meant for evil is turning around for your good.

No matter what it looks like today, the outcome will be victory!