Ten signs you are part of an unhealthy church 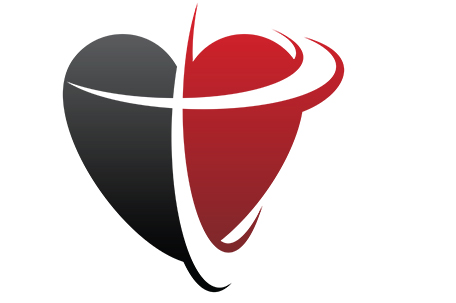 Recently, when an online magazine sent me an article on “Five signs you’re part of an unhealthy church,” I eagerly opened it. This subject is dear to my heart.

I am passionate about strong, healthy churches.

The writer’s five signs were good, as far as they went. No argument with her. I did not leave a comment one way or the other in response.

What I felt, however, is that my experience seems to be of another nature from hers.

First, here are her “Five signs you are part of an unhealthy church.”

1) Leadership has no clear vision.

2) Leadership can never be challenged.

3) You are comfortable but never challenged.

5) Outreach is never planned or preached.

All of these are true. But there is so much more.

Here are 10 additional signs (evidences, indications) that the church to which you belong is unhealthy.

1. Prayer, if offered at all, is a formality, an afterthought, a burden.

Recently, while spending a long weekend with a group of pastors and their wives at a retreat in Italy, I was struck by something strange. By the time I got up to speak, the service–by then a half-hour long–had experienced at least five prayers. The worship leader had followed a couple of songs with prayer, the presiding leader had prayed, and at least two more people with roles in the service had prayed. Each prayer had been spontaneous, heartfelt, and a joy. I knew then we were in for a rich time of Christian fellowship.

On the other hand, it pains me to remember the Sunday morning worship services where I was the guest preacher and noticed that by the time I stood to preach, not a single prayer–not one!–had been offered.

There is no more accurate indicator of a Christian’s spirituality or a church’s health than the vitality of our prayer life.

2. Giving stems from duty and is never a joy.

….not grudgingly or of necessity, for God loves a cheerful giver. (II Cor. 9:7)

3. Laughter is rare, and when present at all, forced and quickly stifled.

Someone asked a friend of mine, “Do you think Jesus ever laughed? The Bible doesn’t say He did.” My buddy’s answer is as good as it gets: “I don’t know whether he laughed or not. But He sure fixed me up so I could!”

We are “fixed up to laugh,” Christian. Joy is the very atmosphere of the Throne room of Heaven (Psalm 16:11) and laughter is nothing but audible joy.

The preacher who thinks he has to tell jokes to elicit laughter from his people is missing the point. The difference in that kind of provoked joy and the natural joy that arises from the hearts of happy worshipers is the difference in night and day.

4. When church ends, everyone scatters.

I said to a pastor where I had just preached, “Close your eyes and listen. That’s the sound of fellowship.” By then, the service had been over a full half-hour, but his people had hung around, visiting with one another.

There are fewer greater compliments to give to a church than that: the members love each other and cannot wait to get together. “By this all men will know you are my disciples,” our Lord said, “that you love one another” (John 13:34-35).

5. When a leader calls for volunteers, he gets few responses.

I love the little line uttered by the warrior queen Deborah after the victory over the Canaanites. “That the leaders led in Israel, and that the people volunteered, O bless the Lord!” (Judges 5:2)

Leaders can lead, but if no one is following, they’re only taking a walk. It takes both strong leaders of courage and vision, commitment and strength, and volunteers from among the Lord’s people who will step up to go the second mile, do a little more than previously, and exert themselves for the success of the work.

The congregation that is forced to rely on the same few overworked volunteers is on life-support.

6. When conflict arises, leaders ignore it, push the panic button, or jump ship.

A sick church will go to one extreme or the other: it will panic at any conflict, thinking this will be the final death-stroke, or it will be constantly beset by conflict, like a sickly body experiencing one illness after another.

Stand in awe at the healthy way the Jerusalem church leaders dealt with the conflict of Acts 6 that had erupted. Both leaders and members reacted so quickly and faithfully that outsiders were impressed. Then the Word of God spread, and the number of disciples multiplied greatly in Jerusalem, and a great many of the priests were obedient to the faith.

George Bullard has written a book and leads conferences, both with the intriguing title, “Every church needs a little conflict.”

A healthy church will often have growing pains, will regularly be attacked by the enemy, and will always have to be ready to deal with problems from inside and out. (see Acts 20:29-30)

7. Even the leaders have a poor understanding of Scripture.

A working knowledge of God’s Word is like the underpinning of a house; it may not be the first thing you notice, but everything about the dwelling will be influenced by that strong foundation.

My mother, almost 96 now, has gone to church all her life. However, no one ever taught her how to study God’s Word. She reads her Bible and marks it up, I’m happy to report. But one day she told me, “I just let it fall open and read there. It always seems to work out.”

Now, I am not going to rebuke my wonderful mom. However, that is no way to study the Bible. One has to wonder how it would have been if decades ago, some faithful pastor had set down with the members of our rural Baptist church and taught them to focus in on one book of the Bible at the time, how to read it repeatedly until its teachings were understood and assimilated into life, and then to move on to another book. What if he had taken the time to teach members the grand sweep of Scripture, so they understood the differences in the Old and New Testaments’ doctrine, the difference in gospels and epistles, and where the various epistles fit in the larger framework.

“I don’t know what the Bible teaches on that,” a woman said to me, “but I know what I believe!”

I said, “Then, you have just ended the discussion. Because I honestly thought we were trying to find what the Bible teaches. If this is about what you believe and nothing more, then, I suppose we’re through her.”

As one who had never been taught the Word, but who had this ingrained into her head regarding the importance of standing up for her convictions, she failed to see the difference.

Pity the church with leaders who have similar poor working knowledge of God’s Word.

8. Jesus is rarely mentioned. It’s all about “God.”

Those who know the Word cannot get around the prominence Jesus Christ receives throughout. Scripture says, “In Him dwells all the fullness of the Godhead bodily” (Colossians 2:9). And, “He is the visible image of the invisible God” (Colossians 1:15).

As John Bisagno says, “Jesus Christ is everything God has to say about Himself.” Jesus said, “He who has seen me has seen the Father” (John 14:9), and “When the Holy Spirit comes… He will testify of Me” (John 15:26).

I confess to being amazed sometimes at the way Christians speak of serving God, living for God, etc., while leaving Jesus out of it. The early believers were persecuted, not for preaching about God, but but speaking of Jesus. (Acts 4:18) Had they been silent about Jesus, there would have been no persecution.

A church I know that has long had a vital and effective ministry has as its slogan, “Making Much of Jesus.” Not a bad mission statement.

9. No one hears about salvation, no one gets saved, the baptistry is dry.

Growing up on our Alabama farm, we had a pear orchard in the back yard. Across on the next ridge, my grandfather had a large apple orchard. Scattered throughout were peach trees. They all had one big thing in common: healthy trees were always producing delicious and abundant fruit. Healthy fruit.

This is not to say that all churches taking in large numbers of new members and baptizing many hundreds are automatically proven healthy. Unfortunately, one can use gimmicks to get people to join a church and manipulate them to be baptized. I say to our shame that many churches resort to this rather than trod the hard road of building a healthy church.

I chose and appointed you that you should go and bear fruit, and that your fruit should remain…. (John 15:16).

10. Neither the members nor the leaders are willing to pay the price to make the church healthy.

Going from deathbed to health requires sacrifice, commitment, work, and often pain. It will require the patient to make wholesale changes, to submit to the oversight of medical professionals who know more than the diseased patient and know what to prescribe. It will require a willingness to die to self.

That’s why a truly sick-unto-death church would rather die than live. In order to be healthy, they would have to stop their self-destructive ways, retire some unhealthy leaders, and become a kind of church they have not been in years, if ever.

Right at this moment, I can take you to a half-dozen churches that are dying and which have rejected the good counsel of friends who told them what it would take to be well. It was for good reason our Lord asked the man at the pool of Bethesda, “Do you want to be well?” (John 5:6). Not everyone does.

The good news, however, is that I know an equal number of small formerly-dying churches which have welcomed in new outside leadership and put themselves completely in their hands. These specialists are making wholesale changes–beginning with renaming the church altogether–and none of this is taking place without pain.

It’s good for all of us, members and leaders alike, to remind ourselves every day of our lives of three things:

–The only question is “What does He want done with His church?” (Acts 9:6)