Six things we need to stop saying to bereaved parents 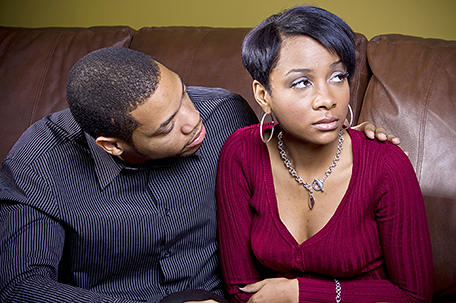 Joan Markwell knows the gut-wrenching, hollow feeling left behind when a child is taken too early. It’s a feeling that mothers have experienced recently and throughout the last few years after tragic attacks in Orlando, Manchester, London, San Bernardino, Calif., and Charleston, S.C., just to name a few.

With every new tragedy, vigil, story on the news or anniversary recognizing these events, plenty of mothers like Markwell – who lost her adult child to cancer – feel the sting of the wound that accompanies their loss.

While that wound may have healed, there is still a scar left as a reminder of the pain that still lives on for many grieving family members, including mothers who are surviving with that pain in many different ways.

“When a mother loses a child, the grief dictates her life,” says Markwell, author of the book “Softening the Grief”. “You don’t see an end to the pain. As the body reacts to the stress you feel, physical pain follows. Sleep is out of the question.”

It’s a grief that only they understand, however, and one that others usually don’t know how to deal with.

“The first time we meet a friend since the death of our child occurred can be frightening,” says Markwell, “It’s not that we don’t want to see them; we just can’t face anyone without tearing up.”

To avoid those awkward situations, Markwell offers up some phrases you should avoid saying to grieving parents and instead offers alternatives:

“These awkward but common questions and statements can trigger a world of grief for bereaved mothers,” Markwell says. “When talking to a grieving parent about their lost child, it’s best to take a step back and choose your words carefully.”

Joan Markwell is a small business and real estate owner who resides in Lawrenceburg, Kentucky. She is a former board member of the Lawrenceburg Chamber of Commerce, former board member of the Spencer County Tourism Board and former vice president of the National Association of Women in Construction, Bluegrass Chapter (Lexington, Ky.). Markwell lost her daughter Cindy – who was a mother of two herself – to cancer in 2013. Cindy’s children, Lucas and Samuel, are a big part of Markwell’s life, as is her son, Kris Fields.

Fever facts for parents: What you should know when treating your child

“Dear God! When will it stop?”

Bullying issues become a reality for kids and their parents on Dateline NBC, March 6