Satan can’t do that 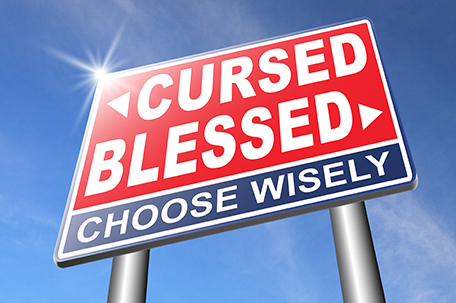 As I lifted my pearl earring out of the trash bag, I was so glad that, moments earlier, something had suddenly clicked in my brain, stopping me in my tracks.

I had been holding the piece of jewelry in my hand while on my way to throw away an old receipt. By the time I got to the garbage, I guess the lines in my brain got crossed up and I just dumped everything in my hand into the waste basket.

It happened while I was in the middle of doing chores. Once I start cleaning, I sort of get in a zone. My husband Kenya often teases me about my tendency to “throw everything away” as I straighten things up.

I like surfaces to be spotless. I get in corners and crevices. I get rid of useless trinkets and papers. I shine faucets and get things “spic and span,” as my father would say.

Thanks to Dad, a military man, I learned to clean the house a certain way.

You see, he taught me and my siblings all about the “white glove inspection” that army officials did to ensure that soldiers thoroughly cleaned their barracks. They would literally wear a pair of white gloves and run their hands along surfaces.

“It had to be spotless,” Dad said.

If that glove got dirty, someone was in big trouble!

So my father would often do his own inspections of our housework. He would look behind couches, under beds, in closets — all the places clutter tends to hide. He’d run his fingers across shelves, over the tops of doors and underneath television sets, which are often left dusty.

He wanted to see his face in faucets and make sure there were no extra containers or items on tables, counter tops and dressers.

I used to feel so pleased when he would walk into a room after I’d tidied up and say with a smile, “Now this is my kind of clean.”

Spiritually speaking, in order to live victorious lives, our spiritual house needs to be the “kind of clean” our Heavenly Father endorses.

After Jesus cast out a demon that caused the person it inhabited to be mute, the mute spoke.

Upon witnessing this miraculous deliverance, the Bible says the multitudes marveled over it. Some, on the other hand, accused Jesus of casting out the devil by the power of the devil—an argument the Savior masterfully refuted.

Jesus schooled his detractors by informing them that there is no way that a house or kingdom divided against itself can stand. He illustrated this point further by saying the only way someone can enter a strong, armed man’s house and take over, is if he is stronger than the strong man.

In other words, Jesus was saying He was able to cast the devil out, because He is stronger, greater and more powerful.

That’s good news for the Believer!

You don’t have to cower in fear when the enemy comes against you, because the One who dwells in you is greater and more powerful than the one who is in the world, according to 1 John 4:4.

The greatest One of all is on your side. You have no need to fear. You are a winner because of Him!

Now, in verses 24-26, Jesus says something so important that I want you to zone in on.

He explains that, after casting out a demon, the evil spirit doesn’t just go on his way. On the contrary, Jesus said, once the demon finds that person’s spiritual house has been “swept and put in order,” he goes and gets seven other spirits more wicked than himself.

They enter the person and leave the individual worse off — that is, if the greater power, Christ — is not dwelling in the person.

Why is that so important?

Well, the kind of clean that guarantees victorious living cannot be performed through religious rituals that produce no real change. It is only when Jesus has Lordship over your life that you see amazing things begin to happen.

When Jesus dwells in your spiritual house—your heart—Satan can’t just come in and have his way, because the strongest man of all lives there. When you are controlled and empowered by the Spirit of God, you don’t have to worry about the antics of the enemy.

He is already defeated. You have authority through Christ.

If you are submitted to the will of God and have totally given control over to the Lord, your Heavenly Father is smiling and saying, “Now this is my kind of clean.”

The enemy has been driven out of your life. He has no place. He may come against you, but his attempts will fail. The attack won’t work. The victory is yours. He may try to win the battle, but Satan can’t do that. God, who is all-powerful has you covered. He is working in your favor. He is blocking the hand of the adversary.

You have no need to fear. Despite what you may be going through right now, you are yet victorious. No matter how forceful the winds blow and how hard the stormy waves crash against you, they will neither crush nor overtake you. But rather, blessings will overtake you.

If God allowed this storm, guess what? It will work for your good in the end.

Just know that your love walk with Jesus fortifies you against the wiles, trickery and treachery of the devil.

As you drink down the contents of your cup, hold on to the promise of God’s word. Know that your relationship with the Most High God qualifies you to be victorious. And since you have the invincible, omnipotent One working for you, who then, can be against you?

My friend, the incontrovertible truth of Isaiah 54:17 applies to you, which says, “No weapon formed against you shall prosper.”

Receive it today and walk in victory.