Results of my thoughts 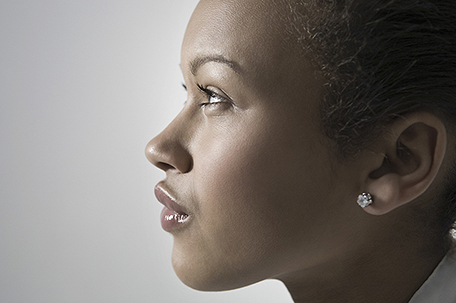 As you have probably figured out, my primary focus when it comes to this are the words of the Bible. Yet there are great teachers who have had tons to say on this article’s subject. I actually have this quote hanging in my cubical, “All that we are is the result of what we have thought.” Buddha. The Bible tells us something similar: Proverbs 23:7(a) “For as he thinks in his heart, so is he…” (Amplified Bible)  These quotes are powerful and worth taking a further look into how our thoughts effect what we see in our day-to-day lives.

Just for background, Buddha, which means “the enlightened one” was a teacher.  Buddha was born Siddhartha, and was a Hindu prince. He decided at 29 to leave his palace life and  pursue the path to “enlightenment”. Let’s turn back to his wonderful quote, “All that we are is the result of what we have thought.”  It is said that Buddha was able to reach “enlightenment” through his mind’s ability toi achieve  high levels of meditative consciousness, which resulted in his being able to obtain a blissful and refreshed state.

I am not attempting to offend anyone by speaking on Buddha, but there is something to glean from his quote. Everything going on around us, happening to us, things playing out in our lives is a result of what we are thinking. I can personally recall at a former job thinking that a supervisor was “out to get me”. The more I thought this the more it was happening. The more it was happening the more I thought this. The more I thought it the more I believed it. The more I believed it the bigger the situation got. The bigger the situation got the smaller my belief in deliverance got. Now it’s hard to know if the actions against me started first or did my speaking on it caused it to kick into overdrive. It doesn’t matter which came first because the only thing…the ONLY THING that mattered is how I responded to what was happening. I empowered the situation instead of taking the power that was within me to defuse it. Greater is He that is in me than he that is in the world! 1 John 4:4. What was my outcome? The situation got pretty bad yet it still ended ultimately working out for my good. It was a rough road. But I learned a lesson about my mouth. My take away was not use the power of my mouth to speak “death” over my life or situations. I am still learning this lesson. I now take a huge pause. And from time to time I speak some things but I quickly cast them down and go into alignment mode. I try to remember the outcome I really want instead of becoming a commentator about what’s happening. I also don’t  talk about what’s happening with others. People tend to want to discuss it…at lunch, over the phone etc. You can find yourself becoming passionate about your situation speaking on it, making up scenarios, and absorbing what they are saying. When something is going on I highly suggest hunkering down with you and God; getting scriptures and speaking to your situation.

Robert Collier said, “All power is from within and therefore under our control.” What power? For the children of the Lord it is the power to cast down things working against you. We are to stand on such scriptures as, “No weapon that is formed against thee shall prosper; and every tongue that shall rise against thee in judgment thou shalt condemn. This is the heritage of the servants of the LORD, and their righteousness is of me, saith the LORD” Isaiah 54:14. We are powerful! Our tongues can bring into existence what we speak; we can all things that aren’t into our lives, Romans 4:17. Our tongues can set things ablaze in your life. James 3:6 says, “And the tongue is a fire, a world of unrighteousness. The tongue is set among our members, staining the whole body, setting on fire the entire course of life, and set on fire by hell…” We all know someone (hopefully not you) who loves to tell what they know, heard, seen, or got from someone else. Gossip is a quick moving fire. The juicier the faster it moves. In our technically based world it’s quicker than light. But what happens when it isn’t true? That information moves so slow it almost goes backwards. Newspaper and magazines have a small place called “retractions” or “corrections”. It’s usually so small you can hardly find it and it’s in there long after the original salacious story came out. Even after something is retracted the “lie” still remains in circulation. I digress…back to our own individual tongue.

James tells us how tongue/mouth can set our life on “fire”. We set our life in action by our thoughts and words with the power that is within us all! Think on this. No, really think on this. My father used to say, and still says, “Think before you speak.”…no truer words have ever been spoken.

Maybe today you realized you are not getting the “results” you expect. Maybe you would like to move away from negative thoughts and conversations. Today you can know the One who has a plan for your life and His thoughts towards you are good and of peace.