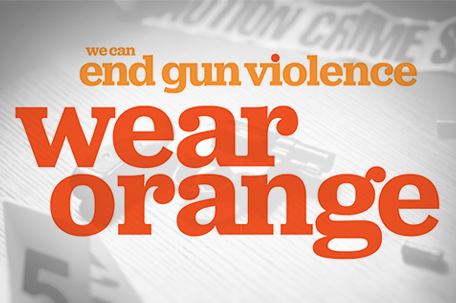 Rally aims to raise awareness about gun violence in Philadelphia

HARRISBURG — State Rep. Movita Johnson-Harrell, (D-190th Dist.) announced she will host a Wear Orange Rally Against Gun Violence from 3 p.m. to 4 p.m. June 7 on the north side of City Hall.

“On Friday we’re wearing orange for Hadiya Pendleton, and the countless other lives we’ve lost to gun violence,” Johnson-Harrell said. “This child and so many others have lost their lives to reckless gun violence, and now it is our duty to remember them, advocate for their lives, and ensure they did not die in vain. I look forward to engaging my community, especially on an issue so important to this city and country.”

Orange is the color that Hadiya Pendleton’s friends wore in her honor when she was shot and killed in Chicago at the age of 15 — just one week after performing at President Obama’s 2nd inaugural parade in 2013.

After her death, her community has asked the nation to stand up, speak out and Wear Orange to raise awareness about gun violence.