Prepare for a sooner-than-expected turnaround 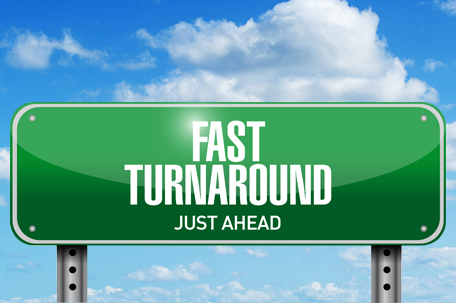 As I watched the flurries softly and silently fall onto the pavement in my driveway, I thought about how much I’d hoped for snowfall on Christmas day.

Living in Buffalo, white Christmases are expected. But last week, thanks to unseasonably warm weather, there wasn’t a single snowflake in sight on December 25th.

But Monday, the temperatures dropped down into the 20s and the flakes dropped down onto the ground. By evening, there was a beautiful blanket of alabaster covering the sidewalks along our street.

I stood in the cold, gazing at its beauty. Just days earlier, I peered longingly out of the large bay window in the dining room sighing with disappointment.

I had to accept it. My white Christmas wasn’t happening in 2015.

My husband Kenya, unlike me, was excited about the warm and snowless conditions. He had extra bounce in his step and enthusiasm in his voice.

“I can walk outside in my shorts and not freeze!” Kenya said with a big grin after coming inside from tossing something in our outdoor trash bin.

Watching snow whirl through the air last night, carried by frosty gusts of wind, I smiled. The snow didn’t come when I wanted it, but it did come.

Soon after the snow fell, however, the rain came and chased it away.

As all this was happening, I pondered one of my favorite scriptures from Isaiah 55:10-11 NIV:

“As the rain and the snow come down from heaven, and do not return to it without watering the earth and making it bud and flourish, so that it yields seed for the sower and bread for the eater…so is my word that goes out from my mouth: It will not return to me empty, but will accomplish what I desire and achieve the purpose for which I sent it.”

Even the weather is a reminder that God’s word is true and He always fulfills His promises to me and you.

Though the answers we seek may seem delayed at times, they will not be denied. God hears us and will respond to our petitions.

For someone reading, you are familiar with the disappointment of delay and the discomfort of seeming denial. But the Lord wants you to know that a change is taking place. A shift is happening. Your wait is over.

We see a delay-ending miracle in Act 12, when King Herod, who had it out for Christ’s disciples, had the Apostle Peter thrown in prison.

Though the circumstances were bad, instead of sitting around moaning and grumbling about it, verse 5 says, “the church was earnestly praying to God for him.”

The Bible didn’t say the people of God got together to have a pity party. They didn’t huddle up to vent their frustrations about the unfairness of this persecution. No, they started interceding. They bombarded heaven, which is what Believers are supposed to do.

You see, when others are found complaining, we are found praying, because complaining does nothing to solve issues, but prayer changes things.

The people of God prayed until the angel of the Lord broke Peter out of prison. The guards that Herod appointed to stand watch didn’t even know a jailbreak had happened. In fact, the prayer warriors didn’t realize what was going on.

They just kept on praying with no inclination that their answer was about to come knocking—literally.

When Peter knocked at the outer entrance of the house where everyone was gathered, the Bible says a servant named Rhoda came to answer the door. When she heard Peter’s voice, she was so excited, she ran back to everyone without opening the door.

“Peter is at the door!” she shouted.

Here’s the funny thing. These folks, who were praying with all their heart, didn’t even believe Rhoda.

“You’re out of your mind,” they told her.

The Bible says, “When she kept insisting that it was truly Peter, they said, “It must be his angel.”

Looks like they weren’t expecting God to supernaturally give Peter an early release, huh? That turnaround came quicker than they were thinking. The shift in the negative circumstance was so fast and unexpected, they couldn’t wrap their minds around it.

Verse 16 says, “But Peter kept on knocking, and when they opened the door and saw him, they were astonished.”

God is able to astonish you, too.

As the saints were praying, before they could say amen, their answer showed up!

Friend, there are some situations that take a bit longer to resolve. But then, there are those circumstances that shift sooner than you expect.

I believe some sooner-than-expected turnarounds are on the way for you! This isn’t for everybody, but for someone reading this, you sense that God is talking directly to you.

Some prayers you have been praying are already answered. The manifestation is about to show up in your life and it’s going to exceed your expectations.

Others may be telling you, “You’re out of your mind,” just as Rhoda was told. But she wasn’t crazy. It wasn’t a figment of her imagination. God had showed up, just as He’s about to do for you.

To help you grab hold to this truth, I’m stirring Isaiah 65:24 NIV into your cup of inspiration, which says, “Before they call I will answer; while they are still speaking I will hear.”

As you drink down the contents of your cup, get excited about what’s on its way to you. Prepare to receive what you’ve been anticipating. Rejoice in advance!

What others may doubt and discount, will be revealed in your life. All will be astonished.

Believe and receive it.

Your prayer is already answered

The questions Christians hope no one will ask