Poll shows how Christians in America really feel about homosexuality 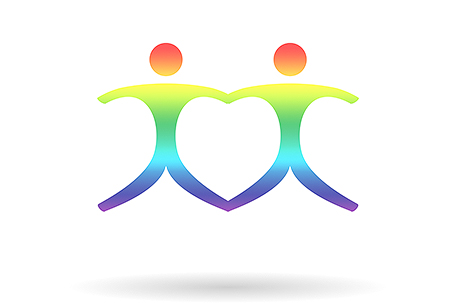 If there really is a culture war raging between social liberals and conservatives, polling data indicates the liberals have won one battle so thoroughly they’re making inroads into enemy territory.

A new Pew Research Center survey suggests that growing numbers of Christians have come around on homosexuality, with a full 54 percent of all Christians agreeing that “homosexuality should be accepted, rather than discouraged, by society.”

“While this is still considerably lower than the shares of religiously unaffiliated people (83 percent) and members of non-Christian faiths (76 percent) who say the same, the Christian figure has increased by 10 percentage points since we conducted a similar study in 2007,” Pew writes.

According to Pew’s data, the percentage of Christians who accept homosexuality has grown in virtually all denominations, with just evangelical Protestants, Mormons and Jehovah’s Witnesses remaining opposed.

While many evangelical Protestants still feel that homosexuality should not be socially condoned, small increases were seen in support among even the most conservative denominations, like the Southern Baptist Convention and Seventh-day Adventists.

Growing tolerance, if not outright support, toward homosexuality among Christians is just part of a larger national change in attitudes toward LGBT people. As Pew notes, acceptance of homosexuality rose nationwide from 50 percent in 2007 to 62 percent in 2014. It’s also part of a larger generational shift in the U.S. toward a more liberal Christianity, with polling showing conservative religious people are now outnumbered nationally by more progressive ones.

The shift stands in stark contrast to some rhetoric by leading national politicians, particularly in the Republican Party, which still draws deep on a well of support from social conservatives. Last week, presidential candidate and Florida Sen. Marco Rubio — currently in third place polling averages kept by Real Clear Politics — said he would appoint conservative nominees to the Supreme Court who would reverse a June 2015 ruling legalizing same-sex marriage nationwide.

Most of the current Republican presidential field tends to agree with him, though current frontrunner Donald Trump referred to legal same-sex marriage as “the law of the land” while expressing sympathy for Kim Davis, the clerk in Rowan County, Kentucky, who briefly went to jail over her refusal to certify same-sex marriages. In July, some young Republican leaders urged the party to adapt to the times.

On the other hand, current Democratic frontrunner Hillary Clinton’s campaign launch video proudly featured an engaged gay couple — a sign of how quickly attitudes toward LGBT people in the U.S. have changed since just a decade ago in 2004, when President George W. Bush endorsed a proposed constitutional amendment banning gay marriage. 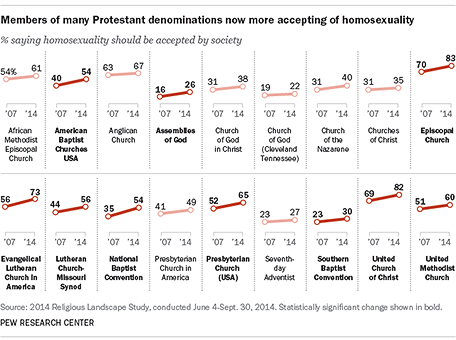 Is the church brainwashing Black folks against homosexuality?

The questions Christians hope no one will ask