One night only: David Banner and Romeo Miller star in “Never Heard” 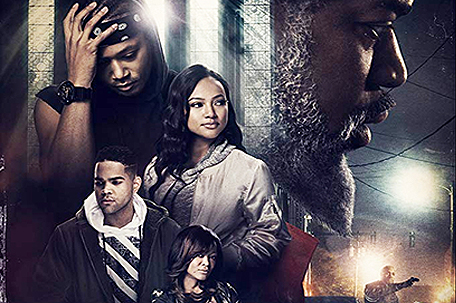 Los Angeles – Webber Films, Riveting Entertainment and Fathom Events have come together to present an exclusive, one night only, debut event for the movie premiere of “Never Heard”. The film, starring David Banner, Romeo Miller, Robin Givens, Karrueche Tran and Dijon Talton will be in more than 540 theaters nationwide on Thursday, November 1 at 7 p.m. local time.

Aaron Davis (Banner) is accused of murder and incarcerated for a crime he swears that he did not commit. His son Jalen (Miller) is forced to grow up on the streets of Los Angeles without the guidance of a father and primarily raised by his mother Shala (Givens) and Grandmother Camilla (Karen Abercrombie). Jalen finds his life at risk after his friend Diggy (Talton) decides to partner with one of the biggest drug dealers in the city leaving a large debt to be recouped. Everything seems to turn around when Aaron is reminded to put his faith in God first and use the power of prayer to help solve his problems. Will Aaron find a way to prove his innocence and save his son’s life before it is too late?

“I think this movie will really resonate with many families worldwide,” director Josh Webber said. “In life we are constantly faced with choices and each choice you make has their own set of consequences. Never Heard teaches us that sometimes we may make the wrong choice yet it is never too late to change your course and find the righteous path.”

Tickets for “Never Heard” can be purchased beginning on Friday, September 7 at https://www.fathomevents.com/events/never-heard and participating box offices. You can visit the Fathom Events website for a complete list of theater locations (locations subject to change).

Fans in attendance will be treated to a cast introduction and welcome message, a performance by Gospel sensation Jekalyn Carr and a behind-the-scenes interview with the cast.

“Fathom is excited to be partnering with Webber Films and Riveting Entertainment on this original film that brings a message of hope, no matter your circumstances,” said Fathom Events CEO Ray Nutt.

“We were drawn to this film because of its hard-hitting story, timely subject matter, and the opportunity to work with Josh Webber and the talented cast that he has assembled,” Andrew Listermann, CEO of Riveting Entertainment said.

Beyoncé accused of lip-synching ‘The Star-Spangled Banner’ at inauguration