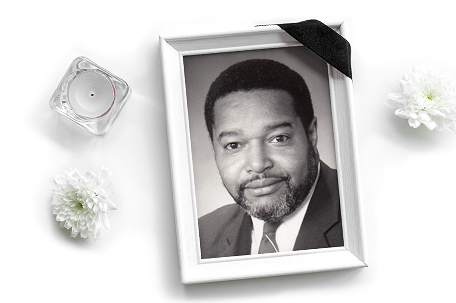 Robert W. Sorrell passed away on Tuesday, August 27, 2019. He was born June 14, 1943, in Detroit, Michigan, to his parents, Josephine and James Sorrell.  Sorrell attended Benedict College in Columbia, SC, where he earned his bachelor of science degree, became a member of Omega Psi Phi Fraternity, and was a member of the college’s NAIA National Scoring Championship Basketball Team. He subsequently received his master’s degree from the H. John Heinz School of Public Policy and Management, at Carnegie Mellon University, in Pittsburgh, PA.

Sorrell began his career as a mathematics teacher and basketball coach, at the secondary level, in the Cleveland Ohio public school system. What followed was a storied career in non-profit executive leadership, corporate diversity and inclusion consultancy, corporate governance and philanthropy, for the remainder of his life.

It was in Philadelphia that Sorrell strengthened the League’s programming in housing, education, leadership training and economic self-sufficiency. He developed and piloted the first citywide, subsidized, centralized childcare administrative program, which served over 4,000 families and provided $14 million for subsidized childcare, a program that was expanded statewide. He also established the first State of Black Philadelphia Report, an annual assessment that provided findings and solutions to key urban issues in the City.

In 1988, Sorrell also established the Philadelphia Urban League’s first Leadership Institute, now called the Urban Leadership Forum, whose participants have been largely selected by their employers, and who have included Black, Hispanic and Asian candidates, who were believed to have high leadership potential in public- and private-sector Philadelphia.

Since its inception, the program has provided a vital leadership training experience to more than 500 graduates, whose notable public-sector graduates have included a pre-mayoral Michael Nutter, a pre-PA Senate Democratic Appropriations Chair Vincent Hughes, and a pre-City Councilwoman Blondell Reynolds Brown.

The program’s private-sector graduates have been drawn from for-profit and non-profit corporations such as the Philadelphia Federal Reserve Bank, Bell of Pennsylvania/Horizon, Comcast Corporation, Bank of America, Philadelphia Electric Company, Independence Blue Cross, AmeriHealth Caritas, TD Bank, the United Way of Philadelphia, Bebashi, and many others.

After retiring from the Urban League of Philadelphia, Sorrell started his own business, R. W. Sorrell Enterprises, LLC, specializing in diversity and fund-raising consultation.  In 2006, he created the Robert W. Sorrell Scholarship Fund, providing $3,000/year scholarships for a four-year period to each recipient, in addition to a paid summer internship through a partnership with Independence Blue Cross. Because Sorrell Sorrell conceived the scholarship program, a primary selection criterion for recipients, in addition to their academic track records, was an analysis of their involvement in community-based activities, throughout their pre-college lives.

The fund has provided scholarship support and facilitated internship work experiences to 27 recipients, to date. Since awarding its first scholarship in 2012, four scholarship recipients have graduated from college, and two are currently serving on the fund’s board of directors. The Scholarship Fund’s mission is to further the education of minority and poor children and the underserved, a mission Bob Sorrell held dear to his heart, until the very end.

He was a natural storyteller who loved to tell jokes, and was widely known for telling the same jokes, on numerous occasions. In fact, many in his audiences had heard his jokes so many times that they would deliver the punchline, in unison with Sorrell, during his speeches. For example, one of his most well-known expressions was: “How do you eat an elephant? One bite at a time.”

Such light-hearted comments demonstrated his approach to equal opportunity, housing and economic issues, and his oft-repeated mantra of  “having fun with a serious purpose.” Indeed, Sorrell was known for tackling issues that seemed insurmountable, by taking small, methodical steps to accomplish great objectives. Those who knew him knew that serving the underserved, and bettering the lives of African Americans, and other minorities, was the primary passion of his life.

Sorrell will be remembered as a compassionate and outspoken leader, who delivered wise and sage advice to those seeking his counsel, including corporate leaders, educators, elected officials, other community-based leaders and members of his exceptional national network within the National Urban League family.

He loved the Urban League movement and the family of staff and volunteers who worked daily to deliver on its mission. It was largely through his love of the organization and his dedication to its mission that he was able to help so many people and accomplish all he did, over the course of his life.

Among his many civic and corporate governance activities, Sorrell served on the boards of directors at Independence Blue Cross, the M & T Bank Regional Advisory Committee, and the Benedict College National Alumni Association, and many others.

He will be missed by those with whom he worked on social and economic justice issues over the years.

Urban League of Phila. presents $70,000 in scholarships to area students

Marc Morial, President and CEO of the National Urban League to deliver address at Community College of Philadelphia’s 51st Commencement