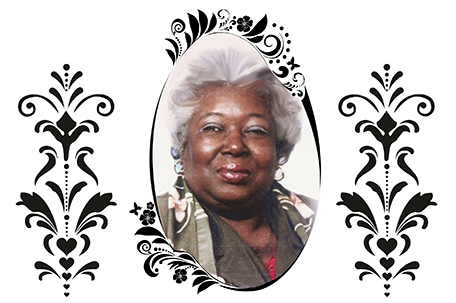 Funeral services for Hope Councill McFadden were held May 9, 2019 at Zion Baptist Church, 3600 North Broad Street, Philadelphia, PA 19140.  She was called home to be with her Lord and Savior early Thursday morning of May 2, 2019.

Hope was born on September 22, 1951 to the late Issac P. Councill, Jr. and Rosalind C. Councill. As a child, Hope worshipped along with her siblings at Annunciation Episcopal Church, where she was baptized.  She also attended Mt. Zion United Methodist Church as a youth.  In Hope’s teen years, she joined Holy Temple Church of God in Christ.  As an adult, Hope joined and was baptized at Zion Baptist Church, where she was a faithful member until her passing.

She had a variety of jobs, including working for Sun Ship Dry Dock & Company, Chester, PA and the Philadelphia School Board.  While with the school board, Hope held several positions; custodial assistant, cleaning leader 2 and 3 and was elected to Local 1201’s Union Board for several years as a representative for housekeepers and custodial workers.  Hope later retired from the Philadelphia School Board.

Hope was a volunteer cook at Camp Cuff in Montrose, PA during the summer months for a few years after she retired.  In 2014, she became a volunteer for the NAACP’s Philadelphia Chapter, volunteering three days a week.  Hope became a member in 2015.  Hope was very loyal and dedicated to the NAACP, until she recently became ill.

Hope was affectionately called “Finkles” by her nephews.  Her favorite pastimes were playing pinochle, the lottery and going to the casinos.  Hope ran several trips to the casinos in association with Henderson Adventures.