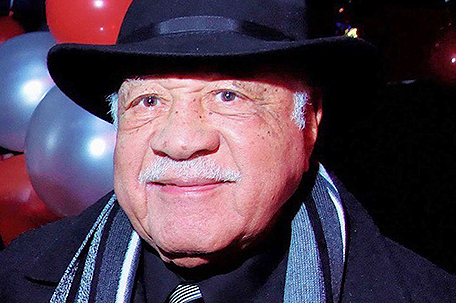 It is with great sadness that the Bynum Family announces the passing of the family patriarch, Benjamin L. Bynum, Sr.

Mr. Bynum, Sr. who was 98 years old, was the example and guide for his sons, and they followed closely in his business footsteps.

As a young man in his twenties. Ben Sr. became a member of the Montford Point Marines, the first African Americans to serve in the United States Marines.

He began his trailblazing entrepreneurial career with numerous bars and cafés in the North Philadelphia and Germantown sections of the city. In 1965, Ben Sr. opened the Cadillac Club on Germantown Avenue in Philadelphia. The Cadillac Club became known for booking famous artists like Nina Simone, B.B. King, Redd Foxx, Kenny Gamble, Woody Herman, Count Basie, Gladys Knight, Fats Domino, George Benson, Billy Paul, The Stylistics and none other than the Queen of Soul herself, Aretha Franklin. Billy Paul’s debut album was named “Feelin’ Good at The Cadillac Club,” and paid homage to the club that featured him and played a pivotal role in his career.

Bynum Sr. always had his finger on the pulse of the changing times and his clientele’s tastes. In 1977, the Cadillac Club became The Impulse Discotheque. His sons, Robert and Benjamin Jr., worked for him through high school and college. When the club closed, Ben Sr. worked for his sons at their blues club and Southern restaurant, Warmdaddy’s. Ben Sr. was known for booking the best blues acts in the tri-state area, bringing a caliber of entertainment to the city that hadn’t been seen in years. He worked the door at the club every Friday and Saturday night, even after Warmdaddy’s moved to its second home on Delaware Avenue & Reed Streets.

He kept up this schedule well into his 90s and said he would never fully retire. Ben Sr. loved music and good food, and he passed this on to his children. He is survived by his older brother James, his daughters Antoinette, Benita and Denee, his sons Benjamin Jr. and Robert, his partner Thelma, as well as 9 grandchildren, 7 great-grandchildren and one great-great-grandchild.

The Bynum Family requests to keep them in your thoughts and prayers.