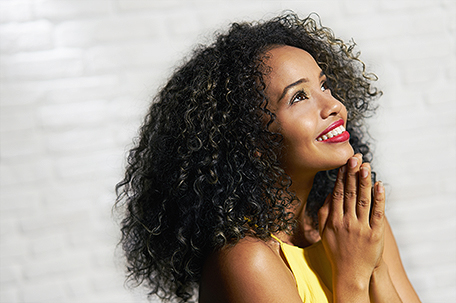 Sharing one’s faith — evangelizing — is a core practice among many religions. For Christians, it’s viewed as a directive from Jesus himself before he departed from the earth; commanding his disciples to “spread the Good News.” Yet today, a number of factors are curbing many Christians’ enthusiasm for faith-sharing, including the decline of religion in America, an increasing indifference toward spiritual matters, and a growing cultural suspicion of people of faith.

It is against this backdrop that Barna is releasing “Reviving Evangelism”, a new report based on research commissioned by Alpha USA. This study looks at the faith-sharing experiences and expectations of Christians and non-Christians alike. Among the major findings in this report is the revelation that Christian millennials feel especially conflicted about evangelism — and, in fact, almost half believe it is wrong to share their faith. According to “Christianity Today”, the Barna Group released their new findings last week, which show that 47 percent of Christian millennials believe it is inappropriate to share their Christian faith with people of a different religion in hopes that they will eventually convert to Christianity.

Despite this, the article reports that the Barna results found that millennials still believe they are “good evangelists and still see themselves as representatives for their faith.”

The article also revealed another previous study that showed that born-again millennials were becoming more evangelistic, while other generations’ evangelical habits were declining. The survey also found that born-again millennials were the group most likely to share their faith. According to the new Barna survey, however, that number is on the decline.

David Kinnaman, president of the Barna Group, says that he believes the decline in evangelism is due to the rise in the “cultural expectation against judging personal choices.”

The survey found that 40 percent of Christian millennials agree with the statement, “If someone disagrees with you, it means they’re judging you” – this is two and three times more than those in the Gen X, baby boomer and elders groups.

“Cultivating deep, steady, resilient Christian conviction is difficult in a world of ‘you do you’ and ‘don’t criticize anyone’s life choices’ and emotivism, the feelings-first priority that our culture makes a way of life,” Kinnaman said.  “As much as ever, evangelism isn’t just about saving the unsaved, but reminding ourselves that this stuff matters, that the Bible is trustworthy, and that Jesus changes everything.”

What the Research Means

Kinnaman says that this study highlights a need for Christians to bolster their confidence in certain convictions  — among them, the belief that “evangelizing others is good and worthy of our time, energy and investment.”

“To start, we must pass on resilient faith to Christian young people (this is also a form of evangelism), planning especially for the pivot point of the high school and college-age years,” Kinnaman said. “The dropout problem is real, and it has a chilling effect on the overall evangelistic environment. It is impossible to exactly trace the impact of lapsed Christians on non-Christians, but sobering to consider the ‘de-evangelistic’ clout of those who leave the faith. Even after they are committed to sustaining resilient faith, we must persuade younger Christians that evangelism is an essential practice of following Jesus.”