Meagan Good tells single women why they should stop having sex 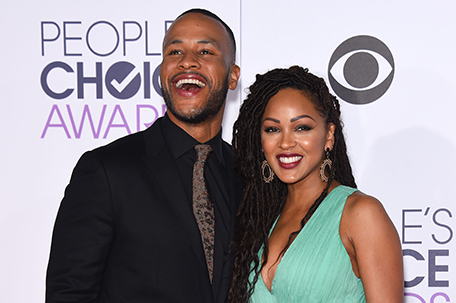 “Minority Report” actress Meagan Good is speaking out about the importance of encouraging young women to abstain from sex in a way that’s seemingly not religious.

“I speak to young women because I think a lot of the images that are out there now teach women that they need to be a certain kind of way in order to get attention or be considered valuable. … I do encourage them to wait but I’m not preachy or religious,” Good, 34, said in a Philly.com. report.

“I feel like if you have a better sense of self and you love yourself the right person will wait for you. … For my marriage … there was a solid, ‘I could spend the rest of my life with you and you could be my partner on this entire journey’ — and I respect you and I love you — and then there’s the icing on the cake.”

According to Philly.com, Good will be releasing a new book about abstinence called The Wait just after Valentine’s Day in 2016. The actress previously appeared on “Jimmy Kimmel Live” where she spoke about the upcoming book, which she’s co-authoring with husband DeVon Franklin.

“We’re writing a book; it’s called The Wait,” she told host Jimmy Kimmel. “I’d been in a couple relationships and I was like, ‘You know, this isn’t really working for me.’ I wanted to do something different.”

The Christian actress then explained why she later decided to stay abstinent before marriage.

“Spiritually, I believe it’s what I should have done, and so, I was like, ‘You know, I’m going to try it this way,’” Good recalled.

Franklin and Good married in 2012 after a highly publicized romance. However, she admitted that celibacy was a part of both she and her husband’s commitment to one another.

“It was very different and it’s been amazing,” Good told Kimmel. “He had been celibate for almost 11 years because he’s a minister. He didn’t want to get up on the pulpit and do his thing and not be doing what he was saying.”

Although some might think it’s easy wait until after marriage to engage in intercourse, Good insisted that is not the case.

“You’d be surprised. Obviously, we all know that it’s tough, but there were tricks that we learned that actually helped,” she said. “One of them was parting ways, when its time to part ways. If you feel like it’s getting too hot and heavy, you just have to go [away].”

Last year, Franklin talked about the book and why he believes it will be a good read and help young couples.

“It’s that waiting period where we really get the most anxiety and the most frustration, so we’re gonna be writing a book that will address that,” Franklin previously told Sister 2 Sister magazine.

Good and her husband previously advised young men and women via Franklin’s brother’s Web series, “Let’s Pray!” on Hope channel, in which they advised women against premarital sex so that they could avoid the wrong relationships.

“You’re giving parts of your spirit and your soul away. I would encourage young women to know that in God’s eyes we are all made perfect and His eyes are the only eyes that matter. He’s going to take us where He wants us to go,” Good said. “And we are worthy, and we are beautiful and we are perfect. And we have everything that we need to have to be who He’s called us to be. I would encourage them to wait because nothing good ever goes from giving yourself away to somebody who’s not your husband.”