Matters of faith: As a Christian, should you celebrate Lenten season? 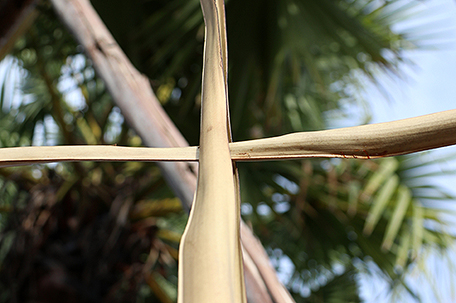 Does God require that followers of Jesus observe the Lenten Season? Is it a biblical mandate?

Ash Wednesday, which marks the beginning of Lenten Season, fell on Valentine’s Day this year.

Some folks who planned lavish dinners and chocolate feasts felt conflicted about what they should do. As a Christian, should you celebrate Lent? Does it matter?

This time of year, which commemorates Jesus’ 40-day fasting and temptation in the wilderness before beginning his public ministry, several years before He was crucified, is sacred to lots of folks. But all Christians don’t respond to the season the same way.

Take me, for instance.

I grew up Pentecostal and the pastor at our small church never mentioned the Lenten season. I felt like a complete outcast and uninformed Christian when I relocated to another state and my new faith-filled community talked so freely about it. I was confused!

If you, like me, weren’t raised with the understanding of this sacred period of consecration, don’t worry. That doesn’t mean you don’t love God or you’re a “bad Christian,” so to speak.

The truth is, there is no scriptural mandate to observe Lent. Though it is a wonderful tradition, it is just that: a tradition. So you don’t technically have to partake in all of its rituals and observances.

Lenten season is not a biblical requirement for believers. It is a matter of choice.

However, more than a billion believers around the world, from various theological persuasions, do observe it as a way of focusing their thoughts on Jesus Christ.

During this 40-day preparation (Lent is actually 46 days but Sundays are not included in the times of observance) leading up to Resurrection Sunday, believers use it as a time of self-denial and self-examination. Through prayer, fasting, worship and meditation on God’s word, they get spiritually focused.

Observers of Lent usually give up certain indulgences like meat, soda, decadent desserts and other favorite foods — even social media. As they abstain, participants make a conscious effort to grow in faith, get rid of bad habits and negative attributes that hinder spiritual growth.

It’s all about sacrifice and consecration.

If you do choose to participate in this 40-day period of consecration, make sure you’re not doing it out of a legalistic compulsion. It is a personal decision and not an obligation.

When it comes down to it, anything that will enhance your walk with the Savior and draw you into sweet communion with the Lord can’t be a bad thing.

But anything that lays the heavy weight of legalism around your neck can’t be a good thing.

The best advice is simple: whatever you do, be prayerful and let God lead you.