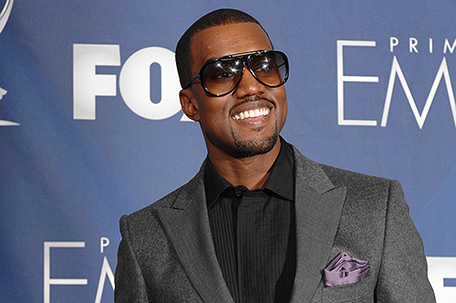 For over 20 years, Awaken 2020 has ministered to thousands of people, but this year, it’s seeing unprecedented attendance numbers, thanks largely to  largely to Kanye West, according to Faithwire.

When the controversial rapper, turned outspoken Christian, announced earlier this week that he and his Sunday Service choir would perform at the free Christian event, attendees flooded the website. Tickets for the show, which is held in the Sun Devil Stadium and holds 50,000 people, were sold out in minutes and eventually crashed the website.

Lou Engle, founder of Awaken, is encouraged by the momentum West is causing.

“We believe Kanye is a sign to this nation that in a moment, thousands and thousands can be swept into the kingdom when [God] converts key people and their voices will be like thunder,” he said. “Sun Devil Stadium has hosted the Super Bowl and college football championship games, and was even featured in the 1996 hit movie “Jerry Maguire,” but what is about to happen there in terms of national, long-term significance may eclipse them all.”

In a press release, organizers also expressed their enthusiasm for this year’s event: “The gathering is a monumental movement launching a new decade of awakening America back to God at a critical time in our nation’s history,” they said. “[This] will be the spark to America’s 3rd great awakening.”

Other artists who will be performing are Korn founding member Brian Welch, Lou Engle, Guillermo Maldonado, Jeremy Riddle, and more.

“This January 18th, 2020 at Sun Devil Stadium in Phoenix, Arizona, it’s time for you to be part of the Jesus awakening that is shifting HISTORY,” the website reads. “Open the door and enter into a new era, a new decade, of revival that is bringing a movement of signs and wonders, healing of the sick, and preaching of the gospel.”

Awaken began in 1997 when Engle was passing by the Sun Devil stadium. “I just felt the Lord speak to me, ‘I will fill that stadium one day, and it will rock the nation,’” he said. “It was there in Phoenix that night when I prophesied over Sun Devil, that I declared the hearts of the fathers are turning to the children … but [also] the hearts of the children are going to turn to their fathers.”

Kanye West talks about serving God during visit with Osteen