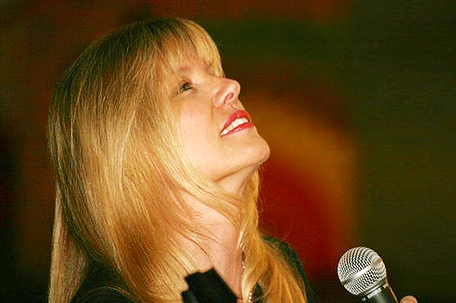 Montgomery has had a multi-faceted career in the entertainment field as a jazz vocalist, music industry executive, music producer and publisher as well as working in production for film and television.  She began performing as a jazz vocalist, but took a detour in her music career by joining the NBC/Westinghouse television station that produced “The Mike Douglas Show,” working for that program and others.  She had the great pleasure and honor to be music director/producer for Richard Simmons since the late 1980s, which has given her the opportunity to produce the music for over 40 exercise videos, audios and television programs, with music ranging from oldies to disco to Broadway to Latin music,  and working in studios from New York to Los Angeles with hundreds of world class studio musicians.

After a break to raise her children, she returned to her passion, performing internationally and recording as a jazz musician.  She has produced six recordings of her own, with original compositions included on each one.  Her relationships with Chick Corea and Neville Potter led to her third CD, “Dakini Land” and was a springboard for the original songs on her fourth CD, “Little Sunflower.”  This endeavor blessed her with the gift of friendship, performance, and collaboration with the great jazz trumpeter Freddie Hubbard.  Both “Little Sunflower” and her fifth CD, “Trinity” were honored with the “Blue Chip Award for Best Jazz Vocals” by the International Association of Jazz Educators.  Her holiday CD, “Noel-One From the Heart,” a duet with pianist Tom Lawton, was heralded as  “a must for your holiday collection.”

Having spent time in South Vietnam in the 1960s, Montgomery’s own experience with PTSD was brought to the forefront again with the murder-suicide in January 2002 in Ardmore, PA of a family of five, which included her daughter’s dear friend, 14-year-old Alexandra Wake whose mother and grandparents were also shot and killed along with Alex by her step-father, who then killed himself.  Watching an entire class of ninth grade girls try to deal with their trauma, she knew she had to do something, and started by hosting town meetings to address the dilemma of gun accessibility, speaking at press conferences statewide. She lobbied often in the Pennsylvania state capitol and in Congress in Washington, D.C.  Within a year, she became president of the Pennsylvania Million Mom March chapter of the Brady Campaign, and presented gun violence prevention workshops to youth in middle schools, high schools, community organizations, and colleges, produced a state-wide assault weapons ban conference in the spring of 2004, and testified in front of Philadelphia City Council and the PA State Senate Committe on firearms legislation.  She held this volunteer position for 10 years.

“Each year I ask a “peacemaker” to come and share the positive things that are being done in different areas of Philadelphia.  This year we are honored to have Dr. William King, Jr. join us and speak — a pediatrician and tireless activist for peace who I met when he was on the board of Physicians for Social Responsibility and I was with PA MMM/Brady.  Ultimately, I am hoping to put this series to rest—that will happen when we have an end to gun violence,” Montgomery said.