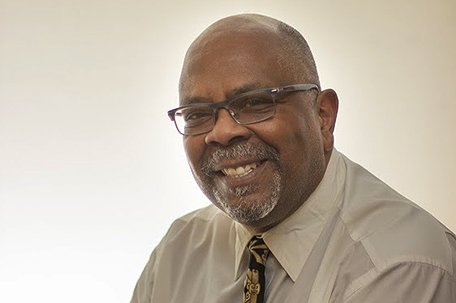 Crawford G. Clark, pastor at Masonic Village at Lafayette Hill and at Roxborough Presbyterian Church, third and latest book is about parenting children with special needs.

Clark, a long-time clergy member and published author,  has written books on relationships, including marriage, workplace conflict, and the role that faith plays in both. However, his latest book really hits home for him.

The book, titled  “Called According to His Purpose – A Journey in the World of Parenting Special Needs Children,” is about Clark’s and his wife’s journey with their two special needs children.

“I write as a clinician and a pastor, as well as a parent,” Clark said. “I kind of mix all three of those perspectives in the writing and talk about the different issues we’ve had to deal with along the way.”

From a parent’s perspective, Clark hopes the book will shed light on autism, which he believes is a condition many people — especially in the African American community  — don’t openly talk about, but are going through with their own family members.

“It’s a look inside the family life of raising kids with special needs and their struggles,” he said. “It’s a caretaking situation. It’s constant – it never stops. People don’t see that. A lot of times we don’t tell people what we’re going through because they have their own things to worry about. It’s not secretive, but we sometimes keep it to ourselves.”

Clark said that he was inspired to write the book during the COVID pandemic and had completed it over a period of five months.

The book touches on topics such as how to clearly understand a child on the autism spectrum; challenges with disciplinary methods and how to discipline; how to overcome financial issues related to caring for someone with a neurological disability, and what to do if you encounter behavioral issues, such as how children conduct themselves in public and how it affects other people around them.

“When I write, I don’t do a lot of research – I write from the heart,” Clark said. “A lot of people who have known me most of my life had no idea what I was dealing with. The human connection of what I was putting out there really connected with them.”

“I tend to write early in the morning,” he added. “I woke up at 3 or 4 a.m. to write. If there were things on my mind when I woke up, I would go to my computer and the floodgates would open.”

In addition to sharing his story, Clark also shares the story of Theodore DeShields, as told by his mother.

Clark said that he included the story in his book because it tied into his purpose.

Clark has been with Masonic Village for five years, leading Bible study classes on Fridays and Sunday services for residents. The desire to write came later in life, while he was in the process of retiring from the city.

“The bottom line is I wanted people to really get a deeper understanding of what families with special needs children deal with on a regular basis, and how they can come alongside them to help them,” he said.

Clark earned his doctorate in Christian marriage and family therapy and a Master of Arts in religion. He is the founder and executive director of With His Love Christian Ministries in Philadelphia.

His latest book  “Called According to His Purpose – A Journey in the World of Parenting Special Needs Children,” is available wherever books are sold.