Laying my Mother’s Day cards on the table 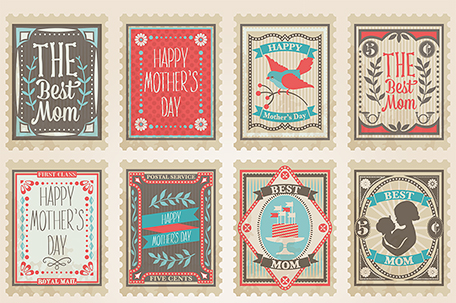 I am not one given over to gambling unless you call life a gamble and then all bets are off. I don’t even play the lottery because I would end up paying out $1,987.14 in order to win $10. I have a difficult time parting with my money because I am a Pennsylvania Dutchman; at least that is my excuse.

That being said, there is only one area of my life where I indulge in a certain amount of gambling. That area is Mother’s Day cards. I am at a complete loss when it comes to this and knows not what I doeth.

I can remember when the Gracious Mistress of the Parsonage and Yours Truly were first married. It was so long ago that I do not have enough fingers or toes to count it. When we were first married, we bought two Mother’s Day cards, one for her mother and one for my mother. Oh, how I long for those simple days.

A little over a year after we were married, a little tyke came into our lowly domicile. Our first daughter was born in the month of August and I really did not understand the significance of it until the following Mother’s Day.

That year we had to buy three Mother’s Day cards; one for my wife’s mother, one for my mother and one for my daughter to give to her mother.

Now what I want to know is how in the world was I roped into buying a Mother’s Day card for my wife? After all, she is not my mother. And I do not know how many times I have reminded her of that very fact.

Several years later, we had a new addition to our family. Our son was born.

You will not believe this, but a few years later, a third child became a member of our family. Our second daughter was born. And you guessed it; my Mother’s Day card buying went up.

I once suggested that I buy one Mother’s Day card for my three children to give to their mother. I was quickly and soundly outvoted on that issue. And so, I begin saving up my allowance right after Christmas for my Mother’s Day card extravaganza.

If this was not bad enough, each Mother’s Day card has to be specifically chosen in respect to the person who is giving it, that person, not being me. How many times and how many different ways can you say “Happy Mother’s Day?”

I thought I had reached the height of my Mother’s Day card purchasing, but then in a few years it took on a different perspective.

Not only was I to buy all of these Mother’s Day cards, but I was to take the respective children along with me and allow them to personally pick out the card they wanted to give to their mother. And of course, their mother could not be along to supervise these purchases. Taking two toddlers and one semi-toddler into a store to select appropriate Mother’s Day cards is as close as I have ever come to gambling away my fortune.

Between the three of them, they had each boiled down their choice to 97 cards. Of course the youngest just grabbed as many as she possibly could. The two oldest had to look at each card and discuss the contents, meaning of course, I had to read each card to them. Not once, but over and over again.

Looking back on that time I realize that my children had an ingenious strategy all worked out. After four hours of going through all of these cards I would say to them, “If you pick a card right now I’ll take you all to get some ice cream.”

Now, those children are all grown up and married which has added to my long list of Mother’s Day card purchases.

Solomon had it right when he wrote, “Many daughters have done virtuously, but thou excellest them all. Favour is deceitful, and beauty is vain: but a woman that feareth the LORD, she shall be praised” (Proverbs 31:29-30 KJV ).

Of all the thousands of Mother’s Day cards I have purchased throughout the years, I must honestly confess they have all been worth it.

The Rev. James L. Snyder is pastor of the Family of God Fellowship, in Silver Springs Shores. Call him at 352-687-4240 or e-mail [email protected] The church web site is www.whatafellowship.com.