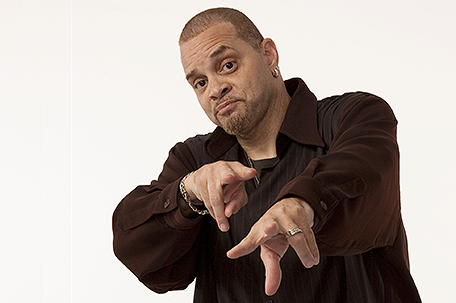 Hans Nelson was a hip hop artist signed to Epic/Sony Records in the 90s. The Philadelphia native hit the scene in 1991, with the hit song Imagination that went to the top 10 on Billboard’s rap charts. He had substantial success, but by 1995 decided to give his life to Christ. Fast forward 20 years, Nelson is still a lover of hip hop (he’s released five Christian rap albums), and now a minister.  He’s also committed to using his gifts and talents outside of the church to impact lives and bring people to Christ.

For the past three year Nelson, along with Brian “Skinny B” Lewis and David Kaltenback under Fisherman Films have been producing an urban Christian film, Jesus Saves. The film is a biopic based on the lives of Hans Nelson, Emmanuel Parks, and another friend who they’ve decided to keep anonymous. Nelson is the film’s screenwriter and one of the co-directors. The film stars Christopher Martin, best known as Play from Kid N Play and the House Party movie trilogy.

Prior to this film, Nelson wrote scripts for several music videos and also worked as an assistant director with longtime friend Brian Lewis. “As an artist, I became really interested in filmmaking. Creating a film about my experiences as an artist and the entertainment industry has always been a dream of mine”, said Nelson.

Unfortunately, as is usually the case with independent urban films, they’ve run out of funding. Jesus Saves is about halfway through production, and Fisherman Films is now seeking additional funding to be able to complete the movie. In an attempt to raise both funds and awareness, Sinbad will perform at a comedy fundraiser for the film on May 29th. The event will be held at New Covenant Church in Germantown. Tickets start at just $30.

“Our conviction and our passion for this film comes from what we believe we were called by God to do, Nelson said. I’ve seen first-hand the affect that music has on people. I know what it’s doing to our children. We want to combat that.”

In Sinbad, there will also be a performance by former BET Matters Artist Leah Smith. The show starts at 8pm. For tickets to the All in The Family Comedy Show you can visit http://www.itickets.com/events/344046.

To check out the trailer for Jesus Saves visit https://www.youtube.com/watch?v=nV_opNlVnDw

Legendary comedian Sinbad is back! “Sinbad: Where U Been” premieres Feb. 21 on Comedy Central