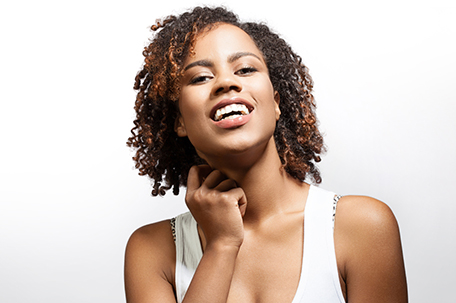 A nasty flu virus has been making its rounds among my family and friends. Finally and unfortunately for me, it invaded my body. I have been fighting it off for several days now. Thankfully, I’m on the mend.

Though my symptoms have subsided quite a bit, I continue to wrestle with a nagging cough, which is causing extreme hoarseness. Vocally, I sound pretty bad. But physically, I feel a whole lot better than I did just a few days earlier.

Today, I chose to greet my YouTube family since I missed my usual Wednesday upload due to being under the weather. The title of the video is, “I sound worse than I feel,” because the hacking, congestion and raspy tone of my voice might lead someone to believe I am suffering. But the truth of the matter is, today is one of my best days yet, and I’m recovering quite nicely.

I may sound worse for wear, but I’m actually getting better.

This got me to thinking. During certain seasons of our lives, circumstances can look worse than they are and our plight may seem dire. Judging from the outside, negative situations portend a vicious storm or downward spiral. If you focus only on the visible evidence, you cannot grab hold of the spiritual promise of restoration, deliverance and breakthrough that is on the horizon.

Based on your circumstances, the worst seems inevitable, but it’s turning around for you! God has favored you.

Physical evidence will rob you of your peace, joy and confidence in God if you let it. That’s why you can’t go by what you see. Hebrews 11:1 plainly tells us, “Now faith is the substance of things hoped for, the evidence of things not seen.”

Have you let what you have seen or heard upset you? If so, God is saying don’t worry about it. It’s not what it looks like! Something good is going to come out of this. It may appear to be over, but it’s not. It’s getting better.

God specializes in turnarounds and He’s about to turn your situation all the way around for you.

But friend, in order to believe that, you must embrace what God is relaying to you through this cup of inspiration. View the events of life through a faith lens. Adopt the right mentality like the Shunammite woman in 2 Kings 4:8-37.

You likely know the story of how, in dire circumstances, when her son became suddenly ill and died, she didn’t panic or lose hope.

Instead, she sought out Elisha, the prophet of God, with full assurance that the Lord was able to revive her son. In verse 23, even when her husband asked why she was looking for the man of God, she did not answer her spouse in a panic. She was not hysterical. This faith-filled woman said three words in the middle of a negative crisis: it is well.

She declared that it was already alright during a serious shakeup in her world. She spoke victory when her only son, a child of promise, who had been prophesied by Elisha, lay lifeless. The Shunammite woman’s confidence in God was unwavering and the Lord used Elisha to perform the miracle of returning the boy back to his previously healthy state. God wants you to take cues from her reaction during whatever test you’re presently going through.

Speak His promises over your problems. Declare that victory belongs to you. Try not go to pieces like the disciples did in Luke 8:22-25 when they ran into a storm. In this biblical account, Jesus, who was on a boat with them, had already told them, “Let us go over to the other side of the lake.”

When they set sail, Jesus went to sleep until He was awakened by the panicked pleas of His followers saying, “Master, Master, we’re going to drown!”

A violent sea storm had arisen and the billowing waves, that stood much taller than the men in the boat, crashed down upon them, filling their vessel with water. In view of the bad situation, the disciples, who had seen Jesus perform many miracles, were terrified that they would die. Instantly, their faith in the miracle-worker gave way to fear of their circumstances. 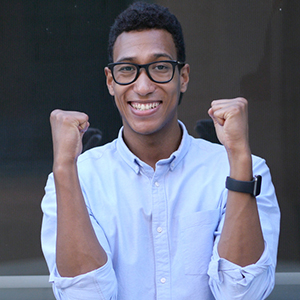 Have you allowed the same thing to happen to you as the tempestuous winds, rains and waves of life’s storms beat upon your head and heart? Have you begun panicking as the disciples did? Have you lost confidence because things look bad?

The Bible says when the panic-stricken disciples awakened Jesus, He got up and rebuked the wind and raging waters. Just like that, the storm subsided. Everything was calm. And the Savior asked a question: “Where is your faith?”

Where is your faith?

The Lord is trying your faith in this season. It might feel like God, who never sleeps, has fallen asleep on the job and left you to fend for yourself. But He hasn’t left you. You’re coming through this firmer in faith and stronger in spirit. After you make it through, your life will be a testimony. God will use your pain and struggle to catapult you into your destiny.

As Psalm 27:13 KJV says, which is what I’m stirring into your cup of inspiration, “I had fainted, unless I had believed to see the goodness of the Lord in the land of the living.”

As you drink down the contents of your cup, cling to your faith as never before, because you’ll faint unless you believe. And you cannot afford to faint, give up, or throw in the towel—not if you want to reap a harvest.

Galatians 6:9 KJV says, “And let us not be weary in well doing: for in due season we shall reap, if we faint not.” As I frequently say, don’t go by what you see, but by what He said. God’s word never fails! You’re coming out of this better—despite what it looks like at this present moment.

It’s not what it seems. It’s turning around.

Your turbulent season is ending