It is His power, not yours 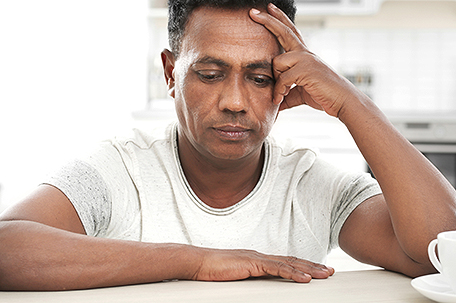 Life can be like a difficult maze. Your situation can sometimes feel as confusing trying to figure out how to unravel tangled up cords. I was in the studio recording something and noticed that one of the charger cords I’ve been looking for was there on the floor. It had apparently been dropped during my last session. I didn’t notice it had fallen because it was entangled in a wiry mess of other cords. It took me a good while to unravel them.

In order to pry them all apart, I had to take off my headphones, disconnect some things and take my time. I know from past experience that getting frustrated does not help. When I was younger, there were knots I managed to pull tighter while trying to get them loosened. Why? Because I was aggravated. By growing impatient, I ended up yanking the strings in the wrong direction and regretting it. My impatience made matters worse.

So I was determined not to make that mistake. Being methodical, deliberate and calm is key to successfully disentangling cords. I was able to free my charger cord that didn’t belong there in the first place.

Speaking of disentanglement, this was the Apostle Paul’s goal for the church at Galatia when he wrote, “Stand fast therefore in the liberty wherewith Christ hath made us free, and be not entangled again with the yoke of bondage.” In this scriptural passage found in Galatians 5:1 (KJV), he was telling believers not to be yoked, ensnared, burdened or tied to the law of circumcision, which based salvation on human achievement.

Paul wanted followers of Christ to embrace the doctrine of grace. That, however, was hard for many people to do. All their lives they had been taught that they had to keep up religious rituals and honor human traditions in order to please God, and be viewed as acceptable to Him.

But after Jesus Christ came, this was no longer necessary. He died to take away sin. We are cleansed, and made righteous through His blood. Ephesians 2:9 NLT says, “Salvation is not a reward for the good things we have done, so none of us can boast about it.”

In Paul’s day, wrong beliefs had folks stuck living in slavery to the law when they should have been enjoying freedom in Christ. They were entangled in the yoke of bondage.

Are you entangled by a works-based mindset, too? I’m not just talking about getting caught up in legalism and traditions in the church. I’m speaking about feeling like it is your power, intellect, connections, your hustle or grind that makes things happen. This is also a trap that many believers fall into. They think it’s who they know and what they know that gets them what they want in life.

It is God who gives favor, opens doors, makes ways and empowers you to do whatever He has commanded you to do. In Deuteronomy 8, God told His people, Israel, that He allowed them to wander in the wilderness for all that time, so they wouldn’t think they were the ones that made things fall into place in their lives. The Lord said, I let you struggle, “Otherwise, you may say in your heart, ‘My power and the strength of my hand made me this wealth.’”

God even let Paul suffer with an affliction so that this anointed man of God would know that God’s grace was sufficient for him, and that God’s power was made perfect in his weakness (See 2 Corinthians 12:1-10).

God doesn’t want anything or anyone stealing His glory. This is why you had to go through. The Lord let you endure hardship, knock on doors that didn’t open and do all you could only to watch it fail. Throughout the process, through tears and sometimes aggravation, you learned to lean on God. You stopped thinking you could make the way and began trusting Him to do it. Your independent mentality was replaced with a God-dependent mindset. That is what He was after all along.

When I got sick, He had to teach me, it isn’t doctors and medicines that have power to cure me. I almost died, but then He stepped into my situation and shifted it. Now I know it was Him alone!

Friend, there are things you are believing God to do. There are ways you need made. There are doors He wants you to know are destined to open for you. But He let you go through so you will know without any doubt, it’s not you.

It is not your power, wisdom, resources, education, experience, organizational abilities, goal-setting, or your drive that will unlock the treasure-trove of blessings preordained for your next season. It is God alone! It is His grace, His love, His favor, His wisdom, His might, His purpose, and His sovereignty.

If you want to see Him move, put your full confidence in Him. Stop relying on yourself. That doesn’t mean you have to be apathetic and not put in any work. But recognize that, you are like Moses. You have a “rod” in your hand so-to-speak. But there is no power in that rod to part the Red Sea (Exodus 14). It is the power of God working through what’s already in your hand that’s going to get it done.

So if you’ve been fretting over what you don’t have, stop. God is more than enough and He’s going to show off His power on your behalf. He’s going to display His glory through your life. He’s going to make a way where man says there is no way, just to prove that He has the final say, and all authority belongs to Him.

To assure you that things are turning around because of God’s power and not yours, I’m stirring Zechariah 4:6 NIV into your cup of inspiration, which says, “‘Not by might nor by power, but by my Spirit,’ says the LORD Almighty.”

As you drink down the contents of your cup, know this: God’s got you covered. He is already working behind the scenes in your favor. There are things you can’t figure out; He already has a plan. Don’t worry. Instead, get your expectations up and thank Him in advance for the manifestation of the breakthrough He has already secured for you.

God is going to do above & beyond!

You already have the Power