Holding on to bitterness 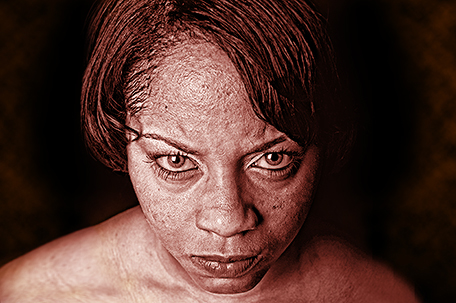 Here’s a news flash: ‘’Nobody cares that you are mad!!!!” For the most part, when people are angry with each other, you pretty much have a short window to resolve the issue and move on, but for some of us we want to “wallow” in our sorrow and stay in an emotional funk.

I love to tell the story of two sisters that argued over their mother’s pendant after her death. A judge settled the matter with a legal decision in court that was 15 years ago. The losing older sister refuses to “let the matter go.”

Every family reunion relatives run when they see her coming, fearful that the never ending conversation about the pendant will come up, or the continued verbal bashing of her sister will take over the conversation and will make everyone in the sound of her voice uncomfortable. Throughout the year, she calls family members to talk about what she thinks and her sisters’ ups and downs; just a never ending issue of feeling defeated and bitter.  Her sister on the other hand has gotten married (with the mother’s pendant attached to her dress) is raising two wonderful children, living in the suburbs, traveling with her husband and children and  enjoying life with the pendant scandal behind her. She has moved on, she let it go. Granted, she got the pendant, but the reality is, in life “you don’t win every battle.” While her sister continues to stay focused on an issue that is history that she cannot control, other people have moved on with their lives. A situation that most people have forgotten continues to exist daily in her life which stops her from growing.

We all deal with situations that involve people that we love that cause us to pull from an emotional place where we become angry and want to hold on to grudges that hurt us. But we really hurt only ourselves in the process.

If you say you forgive, then let GO and let God!

The Toughest Obit I’ve Ever Written