Here’s why you’re going through… 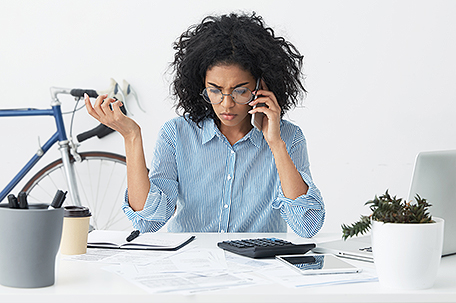 Today is recital day, and we’re all pretty excited about it!

Our teen daughters Kyla and Kaiah will be performing this evening on stage. This performance marks the culmination of all the hard work these two have been doing over the past nine months, preparing for this moment.

Each year, when the girls finish up, they both say how relieved they are for it all to be over. While they enjoy the process: the rehearsing, at-home practicing, stretching, exercising, revising and re-learning modified routines; and being at their best — even when they aren’t feeling the best — it can be rough and taxing.

Dancing, for them, means dealing with a mix of pleasure and pain, exhilaration and exhaustion, fun and fear. Being good at it requires that they place demands on their bodies and commit fully to doing the work.

The other day, while at dress rehearsal, after finishing up her practice run on stage with her class, Kaiah noted how quickly the routine ended. The minutes whizzed by and just like that, it was over.

Months-long practice for a minutes-long performance. That’s the way it goes.

As I thought about what Kaiah was saying, I considered how many of us sitting in the audience don’t fully appreciate all that goes into those few moments of entertainment. We rest in our seats, watch and applaud at the end, without taking into account the level of energy exertion and investment that dance routine required.

We enjoy the fruit of the labor, without fully appreciating what it cost the dancer to nail that performance. Great dancers make it look so easy and effortless, when, in reality, performing is neither of those things.

This is a true life lesson as well.

Living out your divinely-ordained dreams, walking in destiny, evolving into the person God designed and predestined you to be is not easy. It takes work, practice, stretching, growing and changing. Things don’t always come as quickly and effortlessly as you had hoped. Even though the Lord is on your side, loves you, wants the best for you, and favors you, that doesn’t mean you won’t ever deal with any heartaches, struggles or stretching pains.

The Lord will frequently push you to the limit, pull you outside of your comfort zone and give you commands, and assignments with a major learning curve. Sometimes, you will feel like giving up. After all, quitting allows you to retreat into your comfort zone.

If you don’t give up, you will survive the process. At the end of it, you will be fully capable and strong enough to perform your Kingdom duties and live out your destiny. When others look at you, they will assume it’s much easier than it is, because you make it appear effortless. They won’t know what the assignment cost you. They won’t realize what it took to fulfill your purpose.

Some will assume that someone handed you everything you needed to prosper in the things of God on a silver platter. But you will know better than that.

You will remember the nights you cried, the times you felt like walking away, the seasons when you stumbled around in the desert, wondering if things would ever get better, the times when you waited for God’s provision, not knowing where it would come from, and the days when nobody believed in you, because you had not yet been refined.

They won’t see that you pressed on even through the dark hours when God tried you in the furnace of affliction, with nothing to keep you going except the promise and expectation that you would come forth as pure gold.

You will remember what it took to get you there and who sustained you through it all. You will look back over your life and say, “To God be the glory for the things He has done!”

God is going to bring you out in grand fashion. All will know that only He could do something that amazing!

That’s what this wilderness you are currently going through is all about. God is teaching you a lesson. He is conditioning you spiritually so you won’t forget Him and assume it was your power that pulled you through. You won’t be arrogant, egotistical and puffed up. You will be humble and God-honoring. You will know all it took to get you to the other side.

Without this trial, however, as Deuteronomy 8:17 expresses in the God’s Word translation, “You may say to yourselves, ‘I became wealthy because of my own ability and strength.’”

In this verse, I find it so fascinating that our sovereign God, who is never required to explain Himself, gives an explanation of the wilderness and why He allowed Israel to go through it.

Well, while God is a generous God, He will share His glory with no man!

He did not want Israel to steal His glory. He desired for His covenant children to honor Him, serve Him, and worship Him in spirit and in truth.

He desires and requires no less of us.

Deuteronomy 8, which is a Bible chapter I dearly love, gives us an inside look at a specific message God delivered to Israel before they entered into their land of promise. It’s a divine prep talk.

God knew His chosen ones were on the brink of a new, abundant life. They were coming out of their dry season. They were about to possess the blessing that had been promised to their ancestors long ago. These folks were about to step into their season of manifestation.

And so are you.

But before Israel could reap their bountiful harvest, they needed instructions. And God told them exactly what to do so they “may live and increase and may enter and possess the land the Lord promised…” (v. 1).

They needed to acknowledge and obey God in all their ways. To help them do that, the Lord broke them down, allowed them to be hungry, and then He fed them.

He showed them what it meant to truly lean on Him. He disciplined them.

But they were coming into a new phase soon. Things were about to shift in their lives. They were on their way to a place where they would “lack nothing” (v. 9).

No wonder the preparation was so intense. They had to endure great trials before they would be ready to reap great rewards. Friend, Promised Land character is built in the desert of affliction. What it takes to sustain you on the mountaintop of success is developed in the valley of failure. Always keep these truths in mind. They will help you not to throw in the towel when, after planting seeds of hard work, prayer, tears and faith, the soil of life yields nothing but rotten fruit.

Hang in there. It’s going to get better.

If you’re passing through a tough place, this word today comes to assure you that this isn’t your final destination. God is simply prepping you where you are for where you’re on your way to. You’re headed somewhere better than this. God has more for you than what you currently possess.

No matter how hard things are at the moment, expect breakthrough. Know that this trial will result in added blessings, increase and favor.

You may be dealing with some serious warfare and things in your life seem to be going crazy. Pause a minute and remember Deuteronomy 8. The Lord is teaching you something very important. It’s a lesson He taught the Israelites by feeding them with manna.

Remember in Exodus 16 when the children of Israel were in the wilderness and God fed them manna? In Hebrew, manna simply means, “What is it?”

Manna was literally bread God rained down from heaven for His people to eat. But there was one stipulation: they could only gather up enough for a one-day supply. Moses instructed each family to collect as much as they needed for that day, but not to try to hoard or store any until morning.

In Exodus 16:20, the Bible says some of the Israelites disobeyed and kept part of the manna until morning.

You know what happened? The next day, they discovered the manna was full of maggots and it was stinking. It had rotted. God had them on a strict day-to-day diet, which went against the preference of those who felt they just had to know what the future held. They didn’t like the idea of having nothing stored up.

Extra, in our minds, is always better than just enough. It’s natural to seek security in tangible things. It is much harder to trust in the intangible promise of provision that we cannot see. But in order to teach us to trust Him, God will take us through our “manna seasons” when we have nothing stored up, except faith and confidence in God’s faithfulness to provide.

That way, when we come into our place of abundance, we won’t trust in the provision, but rather, in the Provider, who is God alone!

Today, to remind you that God allows trials to teach us to trust in Him and us realize there is no other source, I’m stirring the latter half of Deuteronomy 8:4 into your cup of inspiration, which says, “…that He might make you know that man shall not live by bread alone; but man lives by every word that proceeds from the mouth of the Lord.”

As you drink down the contents of your cup, remember that we, too, have been given manna from heaven. His name is Jesus.

Friend, this trial is all about you learning to lean on Jesus. Place your hope in Him. He possesses everything you need. And when you truly grasp this lesson, to the point where in penetrates your consciousness, seeps into your heart, and governs your actions, that’s when God will say, “Now, you’re ready.”

When you not only say I trust You Lord, but mean it and walk it out, then and only then will He bring you out of your wilderness and into your land of promise.