Hang in there: Manifestation is coming 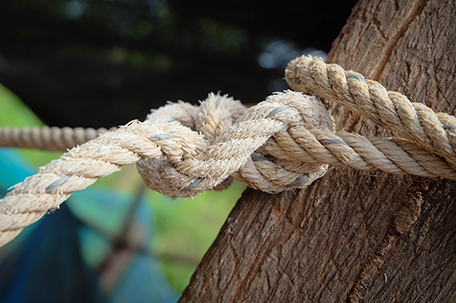 There’s a popular saying that goes, “When you reach the end of your rope, tie a knot in it and hang on.” It’s often attributed to Thomas Jefferson, though he didn’t actually say it. The first time I heard this quote, I was a teenager. It wasn’t until I was much older that I would learn what it really meant to feel like I had reached the end of my rope.

One of those moments came recently when I was sick and doctors gave up on me. I’m so grateful for God’s mercy and how He he brought me through.

This is what I was reflecting on while I was cooking Thanksgiving dinner last night and feeling so blessed. My husband, four children, and I, laughed, talked, and acted silly all evening. We were simply giddy. I turned into a toddler all over again, just goofing around.

Each of us expressed how wonderful this holiday is because last year this time, I was too ill to cook dinner for the family. My amazing mom and sisters came over and prepared Thanksgiving dinner for my family. I can’t thank them enough. I was too feeble to carry out my usual duties and they stepped right in.

To be whole, strong, and feeling incredible is a miracle, a blessing, and a source of overwhelming joy for me. I am tremendously grateful because had it not been for the Lord, I wouldn’t be able to do any of the things I am capable of doing today.

Even when I was at my worst in 2016 and earlier this year before God healed me, I remembered the words He had spoken over me. He promised to heal and restore me. Some days, it didn’t seem like it would ever happen. But yet, I clung to His word. That’s what you have to do.

I can’t imagine how I would have gotten through that season of sickness without the promises of God. It was rough, but His assurance of greater things and better days got me through it.

A word from the Lord is what we all need to sustain us, right?

I can only imagine how tormented King Saul must have felt after God stopped speaking to him. The Bible says, this man, who was once anointed king over Israel, disobeyed God in 1 Samuel 15 by not utterly destroying the Amalekites, the enemies of Israel, as the Lord instructed. Because he dropped the ball on such an important assignment, God rejected and demoted Saul, stripped the throne away, and anointed David instead.

Although Saul’s demotion was not immediately apparent, since he was still technically ruler of the people, God had already moved past him. Saul’s sin of disobedience cost him both his position of power and his connection to the source of power. By the time we see him in 1 Samuel 28, this guy was desperate to hear God’s voice.

He was so desperate, in fact, the disgraced king defied God’s law by consulting a medium—someone able to channel the dead. You can read the prohibitions against this in Deuteronomy 18:9-12, as well as Leviticus 19:31. The full account of what happened when Saul dove headlong into the occult can be read in 1 Samuel 28:3-19.

In brief, Saul sought out the Witch of Endor in a misguided attempt to get in touch with the spirit of the Prophet Samuel. You see, when Samuel was alive, his prophetic words were always accurate.  1 Samuel 3:19 says the Lord was with Samuel, and he fulfilled everything his servant prophesied. Every word came to pass.

Being able to count on that kind of accuracy had amazing perks for leaders connected to Samuel.  And now that King Saul was disconnected from God and basically cut off, he believed the only way to find out what God had to say about the outcome of his upcoming battle against the Philistines, was to consult Samuel through a medium.

Though Saul was off course, his actions underscore an undeniable truth: God’s word is essential to life! We can’t make it without hearing from the Lord, which makes me think about John 6:68.

After some disciples walked away from Jesus because his teaching challenged them too greatly, the Savior asked the 12 core disciples if they would walk away, too. And Simon Peter’s response is classic.

He said, “Lord, to whom shall we go? You have the words of eternal life.”

I love this verse!

Without God’s word, Peter said, we have nothing. He holds the key to eternal life. God is our source of everything. He has the answers to life’s most difficult and pressing questions. His words have sustaining power. As Jesus said in Matthew 4:4 NIV, “Man shall not live on bread alone, but on every word that comes from the mouth of God.”

His word is our spiritual sustenance and nourishment.

You will see the manifestation of what God said. Blessings, favor and breakthrough will surely come.

Friend, if you’re going through something hard today, as long as you have a word from God reassuring you that He’s going to take care of you, you can rejoice. What He decrees will manifest. He will honor every promise.

No matter how bad it looks, don’t lose heart. I know it’s hard. You want the storm to be over. You want life to regulate. You were hoping the gray, overcast sky would have turned sunny by now. But again, don’t lose heart! God is faithful to perform His word.

You might be living in a tight spot and a difficult season. But through this word today, He’s building you up where you’re weak; giving you strength to endure; revealing that you are capable of getting back up again; equipping you to fight the attack of the enemy; and assuring you that there is an awesome destiny that awaits you if you don’t give up, and lose heart.

A word from the Lord is all you need. And let me reiterate: when God speaks, manifestation follows. His will, will be done. His word will produce results. Hang in there. Manifestation is on the way.

Scripture tells us in Isaiah 55:11 NIV, which is what I’m stirring into your cup of inspiration, “So is my word that goes out from my mouth: It will not return to me empty, but will accomplish what I desire and achieve the purpose for which I sent it.”

As you drink down the contents of your Thanksgiving cup of inspiration, even if many things are going wrong, be thankful for the word God has spoken. Why? Because we serve an Omniscient God, who knows all things. He speaks and things happen—not always right away—but the fruit of His word will be revealed in due time.

If you have numerous problems in your life, don’t worry, because you also have numerous promises over your life. And problems cannot outlast promises. Isaiah 40:8 NIV says, “The grass withers and the flowers fall, but the word of our God endures forever.” One of the assurances I love from the word of God is found in Psalm 34:19 ESV which says, “Many are the afflictions of the righteous, but the LORD delivers him out of them all.”

If you are afflicted today, according to God’s word, you can expect deliverance. Own it. Speak it. Receive it. His word stands, produces results and never fails.

Hang in there, Manifestation is coming!