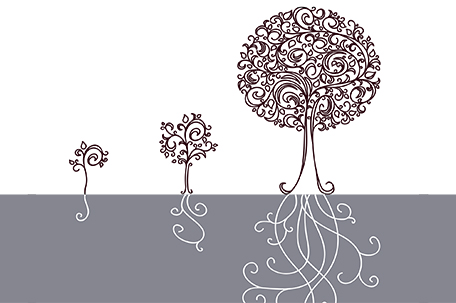 It was as if our oldest son Kedar woke up Saturday and couldn’t fit anything. It was crazy. Our 11-year-old’s sudden adolescent growth spurt happened overnight.

He and his little brother Kaleb were preparing to head off to the barbershop with Dad—a weekly routine—when Kedar complained that his shirt was too small.

That was odd. So he tried on another and another, then another.

Kedar has quite a few shirts, so it was unbelievable that the sleeves weren’t even reaching his wrists in any of them.

What in the world?

Even the ones that had not been washed in the most recent cycle were too small. So that ruled out the possibility that this was a byproduct of some random laundry blunder.

Our boy is growing up.

The abruptness of it was disconcerting, I’ll admit.

For a while now, he has been outgrowing shoes much more rapidly than usual. But this latest shirt saga set a whole new record.

“You’re just shooting up like a weed,” I told him.

I remember when the Hobbs children were tiny newborns. One day, they could fit their little onesies and footed pajamas with front snaps. The next, they couldn’t.

As they aged, however, the growth spurts calmed somewhat. The pattern of outgrowing clothing slowed substantially, until Saturday.

Kedar was just a-grinning about it.

As adults, though, we don’t feel quite so amused about outgrowing things and people. No longer fitting into certain circles, social environments or even professional settings, doesn’t always make us smiley, happy and joyful.

It’s not easy losing something or someone that we have, for a long time, felt a personal attachment to. Even if the so-called loss will eventually create progress in a certain area, we tend to mourn.

But friend, if you desire to keep moving forward in divine purpose and reaching new levels of maturity, expect changes.

While there are seasons when we run into scenarios that force change for reasons other than growth, many times, God Himself is calling us out of our comfort zone. He knows that our capacity has become much greater than the role, relationship or box we have settled into.

In Genesis 12, God promised to make Abram’s name great, bless and multiply him. But first, the man known as the “Father of Faith” had to move from where he was, to accommodate where he was headed.

The Lord challenged Abram to leave his country and kinfolk in order to get to his place of promise.

You see, you cannot go to the place God is taking you, if you are unwilling to grow beyond the present limitations of the place you now occupy.

In order to bless you, though, God often strips you. I know it seems counterproductive, but it is not without purpose.

And no, it is not cruel and unusual punishment. It is simply a setup for your come-up.

In Judges 7, God stripped Gideon’s army down from 32,000 soldiers to 300 before he gave Israel victory over the Midianites.

In Genesis 37, God allowed Joseph to be separated from his entire family. Then, for a time, he was stripped of his freedom. All this happened before he eventually became Prince of Egypt.

In 1 Samuel 1, Hannah symbolically gave up her son in the form of a vow to dedicate him to the Lord before ever giving birth to Samuel. After the Prophet of the Lord was born and weaned, Hannah sent Samuel to live in the temple with Eli the Priest.

In 1 Samuel 21, we see that David lost all his stability after King Saul wanted to kill him. He was a fugitive and had to go into hiding before God gave him the Kingship.

Today, I want you to know you are not the only one who has ever lost something to gain something greater.

The question is, are you willing to endure the process that leads to progress?

Hear me when I tell you, what seems to be the worst losing streak of your life, if you hang in there, will turn into the greatest winning streak of your destiny. God has greatness stored inside you and great things lying ahead of you.

If you don’t see it yet, don’t be discouraged. As the saying goes, “When you’re down to nothing, God is up to something.”

He is doing an amazing thing—a new thing—as Isaiah 43:18-19 says. I have shared this Scripture with you many times before and feel led, again, to stir it into today’s cup of inspiration.

It reads, “Remember not the former things, nor consider the things of old. Behold, I am doing a new thing; now it springs forth, do you not perceive it? I will make a way in the wilderness and rivers in the desert.”

As you drink down the contents of your cup, may you rejoice in knowing that this is not the end! When you lose the “old,” God is setting you up for something “new” and better.

Get ready for it.

The reward will be greater than the pain

Things Are Working For Your Good