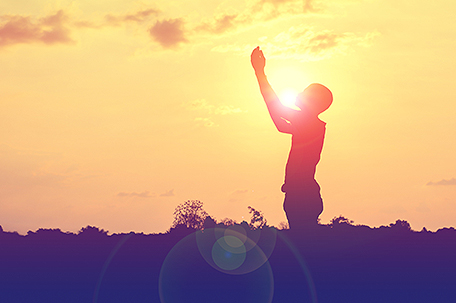 I was teaching Bible study last evening at Evangelistic Temple Church of God In Christ in Buffalo, New York where, a week ago, my husband and I were appointed Executive Pastor and First Lady.

We are both humbled by the honor to serve under the covering of our Senior Pastor, Bishop Joseph Brinson, Sr. and First Lady Annie Brinson — God-sent, holy leaders, who help guide and counsel us in this new role.

We are immensely grateful that they are pouring into us a wealth of wisdom from their years of experience. Pastor Hobbs and I couldn’t do this without these two gracious Kingdom leaders.

Well, at our small urban church located at 84 Rickert, in the heart of the city, I sensed the presence of the Holy Spirit as I taught on the topic, “When God doesn’t do it our way.”

Delving into the lesson focusing on how submission to God’s will activates His power and assures our breakthrough, was a true blessing to all who attended — especially me! I often say, “The word comes to me before it comes through me.”

The lesson was taken from 2 Kings 5 when Naaman, a leprous commander of the Aramean army, was miraculously healed of leprosy. But before he could obtain his healing, he had to go and dip himself in the dirty Jordan River seven times as the Prophet Elisha commanded.

This made Naaman angry. He felt too important to do something so menial. He didn’t like the process God was using to loose him from the bondage of illness. Naaman wanted the prophet to come outside and make some grand gesture. But that wasn’t God’s will. The Lord’s plan was to expose Naaman to something undesirable in order for him to get what he ultimately desired, which was healing.

Have you ever gone through a “Jordan River” season where God took you through a difficult process that you felt was unfair, unwarranted, undesirable, or even beneath you?

If so, that means He was humbling you and working anything out of you that might hinder you from bearing righteous fruit and receiving all He has for you. The next time life gets uncomfortable, know that God is preparing you for the next level. Things may not be going your way, but you can rest assured, they are going His way, and God’s way is better!

In 2 Kings 5, we learn that once Naaman did what God used Elisha, a true vessel of the Lord, to instruct him to do, every trace of that detestable disease was gone in a moment.

He got his miracle. Breakthrough happened. The hand of God moved in his favor.

I find it interesting that Naaman’s name is derived from the Hebrew verb naem, which actually means to “be delightful, pleasant, beautiful.” It implies that he is “gracious” or even “well-formed.”

Before being healed, Naaman’s name didn’t seem befitting his horrible affliction. Someone with leprous skin would have been viewed as anything but “beautiful.” When someone saw him, they knew he was afflicted with an awful disease, a malady that everyone recognized as the judgment of God. People who had leprosy were regarded as unclean. Being stricken with the disease the Bible goes into detail about in Leviticus 13 and 14 left folks deformed, mangled and scarred — anything but well-formed as Naaman’s name denoted.

But given the significance of names in scripture and the seemingly contradictory name of Naaman due to his physical condition, we recognize God’s hand all over his life. The Lord already knew of Naaman’s destiny inherent in his name before it was reflected in his circumstances.

The same is true for you.

God knows that where you are now is not the end of your story. Greater is coming if you submit to His plan. You, like Naaman, will most certainly tap into God’s miraculous power and be victorious in your life if you’re willing to submit to your process.

But be warned. Your process will, at times, lead you through a dark valley. You may be sick. Relationships might sour. Employers may fire you. You may lose the house. Financial increase may be delayed. You might struggle in your emotions. You may see a once passionate, love-filled marriage turn cold. You might see your wayward children make decisions that hurt you to your core.

Who knows what rough, dry place your process will take you through (or may already be taking you through if you’re facing problems and issues today)?

Things may seem to be falling apart but He has a plan and it’s better than yours. I know it might not feel good now, but don’t panic. Trust in God. Believe that He’s ordering your steps and guiding you, despite how unpleasant the season you’re in may be.

So, when God isn’t doing things your way, don’t get upset. Recognize that His way is so much better. Be confident. Press on, and at the end, you will see His promises over your life manifested.

Hebrews 10:35-36 NIV, which is what I’m stirring into your cup of inspiration, says this: “So do not throw away your confidence; it will be richly rewarded. You need to persevere so that when you have done the will of God, you will receive what he has promised.”

As you drink down the contents of your cup, be encouraged to keep running this race. It’s not over yet. You may not like the rough terrain you have to tread, but know that God is with you, leading you every step of the way.

Your “Jordan River” isn’t pleasant, but when you come out of it, you will see the word of God fulfilled.

His way, though not always the most comfortable way, is the best way. Believe His promises. Rest in Him.