God won’t let you be defeated 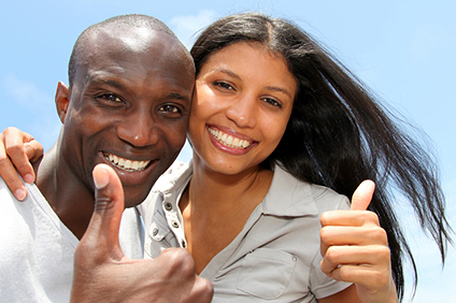 In my most recent YouTube family vlog (I love that you’re subscribing!), as I was talking to #TeamHobbs, our affectionate name for our loyal family of viewers, my husband Kenya got a bright idea … to tickle me.

He knows I loathe being tickled. I can’t stand it. It drives me up a wall. Although it makes me laugh reflexively, it feels torturous. So I instantly tried to get away from him. After a few moments, I collected myself and continued talking to #TeamHobbs, but I was jumpy and intermittently yelling out, “Don’t tickle me!”

I no longer trusted that he would not poke me in the side, a sensitive area that, when touched, sends me hopping around a room like a jack rabbit, and cackling like a hyena.

“What? Why are you jumping? Relax,” Kenya said, after he sent me into a frenzy. He sat there pretending to be innocent, as if he had nothing to do with my jitters.

“After you tickle me, it makes my nerves bad,” I replied, still uncomfortable and twitching with each time he moved. By the end of the video, I chose to say goodbye to #TeamHobbs from the other sofa, where he could no longer torture me.

Has anyone ever done anything to you that made you jumpy afterward? Thankfully, my issue was simple and innocent. No real harm can be done through hubby tickling me, no matter how bad it feels to me. But other more serious situations can have negative implications. Depending upon how traumatic an occurrence, or how awful something is, it gets etched in your memory for years, and leaves you shell-shocked in a way.

Many of us have heard stories about the courageous women and men in the armed forces that, after engaging in combat, are left shaken, and suffering from post-traumatic stress disorder, or PTSD. They have a hard time reintegrating into society and functioning normally due to the severe psychological impact of the horrors of war. We are so appreciative of their service.

Maybe you have stared death in the face and survived, been abused, sabotaged, grossly mistreated, or have had war waged against you in some regard. If so, then you know—at least on some level—how hard it can be to put specific things behind you.

Better days are ahead. God is restoring, renewing & rebuilding your life. He has more for you! It’s #winningseason.

Perhaps, some time ago, you dealt with a brutal failure or defeat that left you almost too fearful to believe God again. There’s a story in Joshua 8 you can probably relate to then. After the Israelites crossed the Jordan River and defeated Jericho, next on the list was the city of Ai. They should have been confident in their ability to subdue the inhabitants of this much smaller and far less imposing city, but they weren’t. They were afraid and in desperate need of a second chance.

In the preceding chapter, a man named Achan caused Israel to suffer a devastating defeat in the small Canaanite city of Ai because of his disobedience. Achan, whose name means trouble in Hebrew, disobeyed the Lord after the Israelites triumphantly defeated Jericho. He got greedy and stole some items that were supposed to be destroyed as an offering to the Lord (See Joshua 6:17).

So Yahweh withdrew His favor from Israel the first time they went up against Ai. Sadly, they ended up running from their enemies and sorely losing. It was a crushing defeat and public embarrassment. 36 men were killed. Because of this, the Bible says the Israelites were “paralyzed with fear at this turn of events, and their courage melted away.”

The soldiers had a severe case of post-traumatic stress disorder. They were too scared to fight, hope, or believe again! The trouble Achan caused troubled their conscience, wreaked havoc on their emotions, and left them frozen stiff. 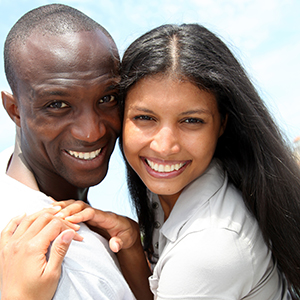 Prior to this tragedy, they had a full expectation of victory. Now they were but a shell of their former strong, assured, empowered selves. After being humiliated and slaughtered like defenseless sheep by ravenous wolves, they were in a bad place mentally, spiritually and emotionally.

Ever been like that? Has trouble knocked on your door and snatched away your confidence? Well, the Lord has sent this word to tell you, it’s time to get your confidence back. After Achan confessed his crime, he and his family were killed, which was, at that time, the way God mandated that Joshua cleanse the camp. After the purification of Israel was complete, Joshua was once again commanded to go back and fight Ai.

Go back to the place of disappointment. Go back to the location of devastating loss. Return to the soil where loved ones, friends, and comrades fell by the sword. It was time for showdown number two and some folks were understandably quaking in their boots. But Joshua, the successor of Moses who had already led the Israelites in the miraculous Jordan River crossing, told the people not to be afraid to go back out and fight. It wasn’t easy, however, to get over that recent loss.

Have you been defeated, disappointed, hurt, let down, crushed or tested to the degree that it messed with your psyche? Has the enemy played head games with you and used your previous disappointment, heartache, heartbreak, trial and pain to keep you fearful? As you read this, I decree and declare by faith that God is breaking the curse of fear off your life. You’re headed for a major triumph like the one the Israelites experienced in Joshua 8.

After they pushed past their fear and obeyed God’s command to get back out there, the people of God set up an ambush. They pretended to be running from their enemy again. But what the men of Ai didn’t know is that their opponents, operating in the favor of God, had set them up. 5,000 Israelite soldiers were hiding, and just when the enemy army thought they had Israel on the run again, they got ambushed and defeated. Israel set Ai on fire and all 12,000—the entire population of the enemy city—were wiped out.

Today, no matter what you’ve been through, rebuke fear. Speak victory. Tell yourself, this time, God won’t let me be defeated. Your testing phase was necessary to purify you; it was not intended to last forever. This trial has an expiration date.

From this day forward, refuse be intimidated in the future based on the failures, defeats, painful losses, and life disruptions of the past.  Know that there is no mountain high enough, no enemy strong enough, and no storm destructive enough to destroy God’s incredible plans for you. The Lord, our mighty fortress and defender, fights for you.

God won’t let you be defeated.

To remind you of who is in your corner, despite what’s coming against you today, I’m stirring the latter half of Isaiah 59:19 NKV into your cup of inspiration, which says, “When the enemy comes in like a flood, the Spirit of the Lord will lift up a standard against him.”

As you drink down the contents of your cup, even if you are facing your own personal “Ai,” which means ruins in Hebrew, and “Achan” is in your camp, meaning trouble, God won’t let that trouble ruin you. It may have set you back and caused you some pain, but a shift is coming. Expect your new season—your winning season.

Believe that He is about to restore, renew and increase you. Your best days are ahead of you.

Declare that by faith. And it is so.

God has already made you victorious!

God won’t let it destroy you