God will restore and you will recover! 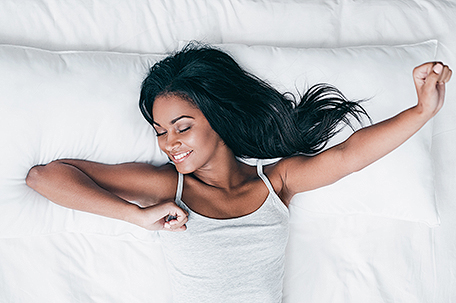 I lost my camera last week at an event. My husband Kenya poked fun at me about it in a personal greeting uploaded to my YouTube channel on Resurrection Sunday. I don’t know how it is that I am the one that always manages to either break or lose the vlogging camera.

This latest mishap took place last week when Kenya was the keynote speaker at an event held at Medaille College in Buffalo. I recorded portions of his awesome and thought-provoking speech. All went well that evening and we had a great time.

Afterward, we mingled and socialized. I met some awesome individuals and even ran into a few Daily Cup subscribers. Meeting them was amazing and was one of the highlights of my night.

When it was time to leave, I didn’t realize I’d placed my camera on a table and left it behind. I guess I got caught up in several conversations and was too distracted to notice. By the time I discovered I hadn’t actually put the camera in my handbag and it wasn’t with me, it was the next day.

Even though Kenya went to the college where the event was held to retrace our steps and inquire about the camera, no one had seen it.

He didn’t find it.

I sighed when he told me his search had come up empty. You see, we had made a substantial investment in that camera a couple of years ago when we first began vlogging on YouTube. Since it wasn’t cheap, neither of us wanted to consider plunking down that amount of cash all over again to replace it. For some, paying less than $1,000 dollars, as we did, for a camera, isn’t an exorbitant amount of money.  But we consider $500-$600 to be a lot.

Though we have insurance on the camera, we can only get a replacement if the loss is due to fire or a break-in — not my own absentmindedness.

Thinking of the possibility of someone finding it and never returning it made me sigh even more deeply. With each passing day, our chances of getting it back were narrowing.

Well, I got the best news today!

Kenya told me a woman sought him out to ask if he had left a camera at the college he spoke at. She said she originally was going to send out an email blast to everyone, but decided, instead, to ask individuals one by one.

When she came to hubby, he was ecstatic. Kenya thanked her. When I heard the news, I felt the same way he did. I was so grateful for the recovery that seemed like it would never happen.

Losing things that are valuable, needed and close to you is difficult. Whether you have lost personal belongings, a relationship, your health, financial stability, or an opportunity, none of that is easy.

Severe losses can throw your life into a real tailspin and leave your head reeling. When you’re going through a season of loss and setbacks, Satan whispers in your ear, “You will never recover.”

But he’s a liar. It didn’t look like Job would recover either.

God is about to make a way where there appears to be no way!

In the biblical book of Job, we see that this upright and holy man of God was living in total misery. He didn’t do anything wrong, and yet suffered a great deal. One moment, he was a picture of wealth, health and happiness. The next moment, death hit and Job mourned the loss of seven sons and three daughters. Lack hit and all of his wealth disappeared. Sickness hit and there were open sores all over his body. Relationship troubles hit and his wife turned on him, telling Job to curse God and die.

Even his once loyal friends lost respect for Job and began blaming him for his trials.

Can you imagine how alone, desperate and defeated Job felt? He was being hit from every angle, with no sign of relief in sight. But in due time, God intervened. In Job 42:10, we learn that the Lord not only restored Job, but He gave him twice as much as he had before.

Friend, still today, we serve the God of the double portion. He’ll do for you what He did for Job. Make a choice to believe that what He has in store for you is more than what you lost and better than what you had before!

Don’t panic. You will recover. All the tears you’ve cried, prayers you’ve prayed and trials you’ve endured, are not in vain. God has seen the tears, heard the petitions and is aware of your suffering. You will receive deliverance.

Just meditate on 1 Samuel 30 when David’s enemies, the Amalekites, burned down his home in Ziklag, took his family captive, as well as all the soldiers’ families. David’s own people blamed him and talked about stoning him. Yet, the Bible says in verse 6, “David encouraged himself in the Lord his God.”

And you know what? God turned his ruination into restoration. Verses 18-19 tell us David recovered everything. The Bible says nothing was missing.

You will recover also. God’s favor is on your life and He will restore, replenish and re-position you for great things. Just as He was with David, so, too, is He with you.

To help you confess this truth, I’m stirring Isaiah 61:7 NIV into your cup of inspiration, which says, “Instead of your shame you will receive a double portion, and instead of disgrace you will rejoice in your inheritance. And so you will inherit a double portion in your land, and everlasting joy will be yours.”

As you drink down the contents of your cup, rebuke discouragement. See your present difficulties and harrowing circumstances as transitional phases on your road to breakthrough.

Be assured of this: God’s word will come to pass in your life.  God will restore and you will recover.

God, when discouragement with my present circumstances comes to choke out my faith for future breakthroughs, please remind me that restoration is coming to my house. In all things, teach me to believe in the sovereignty of Your will and the surety of Your promises spoken over my life. I declare by faith that I will recover! In Jesus’ name, Amen.

As always, thanks for reading and until next time… may today’s cup of inspiration uplift, encourage, and empower you!

God Is Going To Make You Fruitful