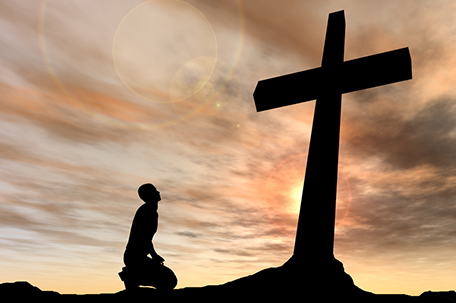 By Dianna Hobbs
People who aren’t from my city usually have a look of pity in their eyes when they learn I’m from Buffalo.It’s the funniest thing.

“How do you deal with all that snow in the wintertime?” they ask, genuinely curious and concerned.“Oh, you get used to it after a while,” I smile.It’s sort of become a normal thing.
Because Buffalo sits on the eastern shores of Lake Erie, we get lots of lake-effect snow every year. But it’s not that bad. I mean, I know our blizzards make national headlines and can be pretty rough. But more often than not, the snowfall is manageable.I’ve grown accustomed to carefully driving on slick roads and navigating my way through low-visibility snowstorms.

In my travels to other states, I have often chuckled about how little snow it takes to shut an entire city down. If this were Buffalo, everybody would be going to school and work, I think to myself.
Last year, however, even for Buffalo, winter was a doozy. Snowfall levels were unusually high. We got slammed.In fact, this exact time in 2014, we were getting hammered with the white stuff—especially in the south towns.

Some were calling it “Snowvember” instead of November.
But today, only a year later, it’s been weirdly mild. The high was around 60 degrees, compared to last year’s 34 degrees, and there isn’t a single snowflake in sight. This is not what we expect during this time of year in Buffalo!

Since I, like most of us, tend to use the past as a predictor of the future, I feel a bit thrown off.
Life can make you feel that way, too.When, year after year, you get the same old thing, you prepare for the usual, right?

That’s why God has to re-condition our thinking when He gets ready to bless us. Unless He makes us aware of the great change that’s coming, we’ll get stuck in a mental rut. We’ll be expecting more of the same, when He’s about to do a new thing, as I shared with you yesterday.

This line of thinking is applicable to Jeremiah 29. Here we gain insight into the message God sent to Israel about greater things to come.

To make plain His intentions, the Lord spoke through a letter sent from the prophet Jeremiah in Jerusalem.

He addressed the elders, priests, prophets, and all the people who had been exiled to Babylon by King Nebuchadnezzar. Stripped away from their homeland and taken captive as a result of their disobedience to God, Judah was suffering. According to verse 10, God said the Jews would remain in captivity for 70 years. That’s about 25,550 days give or take!

Day in and day out, year in and year out, God’s chosen people would be looking at the same set of circumstances. They would wake up in the morning and go to bed at night in captivity. Still, despite what their situation said, God still had a promise to convey.

He told them after their time of judgment was over, “Then I will come and do for you all the good things I have promised, and I will bring you home again.”

God gave them something to look forward to at their lowest point. He assured them that their bondage, slavery and judgment would end and something new would break forth. They would be released and returned home. God would be appeased and their horrible nightmare would be over.

That is the very important context of the promise of Jeremiah 29:11, which says, “‘For I know the plans I have for you,’ says the Lord. ‘They are plans for good and not for disaster, to give you a future and a hope.’” God gave them a breakthrough promise in a bondage situation. Ever been there? You’ve got a word from the Lord and at the same time, a set of circumstances that make it look impossible for that word to come to pass. But it will manifest. If God said it, it has to happen.

No matter what’s going on at this moment, know that your present pain doesn’t negate God’s future plan. He has good things in store for you.

Now think about this. If Judah, under the penalty of God’s judgment, received a promise, how much more can we expect under the covenant of God’s grace? You are chosen, beloved, favored and blessed, and you will see God’s hand move in your life. It’s been a long time coming, I know.

But that’s alright. God’s promises don’t expire, but what He said will transpire. If He uttered it, He will perform it. If He promised it, He’ll make good on it. Hold on.

To encourage you, I’m stirring the second half of 1 Peter 5:10 NLT into your cup of inspiration, which says, “So after you have suffered a little while, he will restore, support, and strengthen you, and he will place you on a firm foundation.”

As you drink down the contents of your cup, know that soon, the suffering will be over. The pain will diminish. The rain will clear away and the sun will shine again.

My Promise to Me